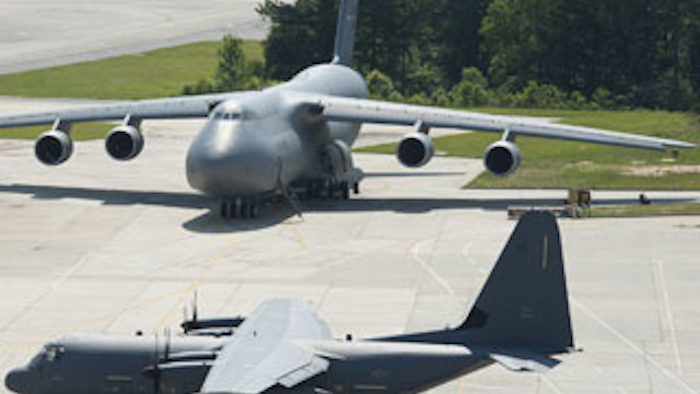 Members of the International Association of Machinists and Aerospace Workers District Lodge 776 voted overwhelmingly to approve the four-year agreement, with 81 percent of nearly 2,300 voters casting ballots in favor of the deal, Union President Paul Black said. Union members will return to work Monday or July 9, he said.

After the outcome was announced, hundreds poured outside the Cowtown Coliseum in the Fort Worth Stockyards where voting had occurred. Workers shouted the news to dozens of people waiting outside, patted each other on the back or shook hands with each other. A few could be heard saying they were unhappy with the vote.

"The time to end this fight is now," Black told news reporters afterward.

Members of Machinists Local 776 have been on strike since April 23 after union members rejected an offer from Lockheed Martin that would have raised health care costs and eliminated pensions for new hires. Local 776 represents about 3,600 workers.

In May, Lockheed Martin began hiring temporary workers at its Fort Worth aircraft assembly plant, which makes F-35 stealth fighter jets. About 500 workers were brought in but will stop working by the time union members return to work Monday, said Lockheed spokesman Joe Stout.

"We're pleased that our union members will be back on the job, doing work in support of U.S. and other military forces with what we believe are the world's best fighter planes," Stout told The Associated Press on Thursday.

Most union members on strike work at Lockheed Martin's Fort Worth plant, and they do most of the aircraft assembly and manufacturing work on the F-35 and F-16 fighter jets or service the machines and facilities. Lockheed's flight test centers at Edwards Air Force Base in California and Patuxtent River Naval Air Station in Maryland each have fewer than 150 union members.

District Lodge 776 represents about a quarter of the 14,000 workers at Lockheed Martin's Fort Worth plant. Before the new agreement, the average pay for union members — who include maintenance workers, firefighters and occupational health nurses — was $29 per hour.

Eddie Morgan, who has worked at Lockheed the past decade, said he voted to accept the deal because he didn't want the strike to continue. Although his other job and his wife's salary provided a nice cushion during the strike, others had to live on savings and the $150 per week paid by the union, he said.

"Yes, there's going to be hard feelings (returning to work), but we have to get back to what we're going to do," Morgan said.

Black said the union didn't get everything it was seeking and would bring up some of the same issues when the contract expires in four years.

"That doesn't mean we have given up the fight ... to continue to seek a deferred benefit pension plan for new hires," Black said.

The four-year agreement doesn't change basic health plans; employees can choose from three plans. Workers hired after July 2 wouldn't get traditional pensions. Instead, they would have a retirement savings plan and contributions from Lockheed Martin.