Chrysler is investing $52 million at two Michigan plants to build more four-cylinder engines in anticipation of increased demand. The money is going into factories in Trenton and Dundee, Mich., south of Detroit. Almost 300 new jobs will be created at the Trenton North factory. 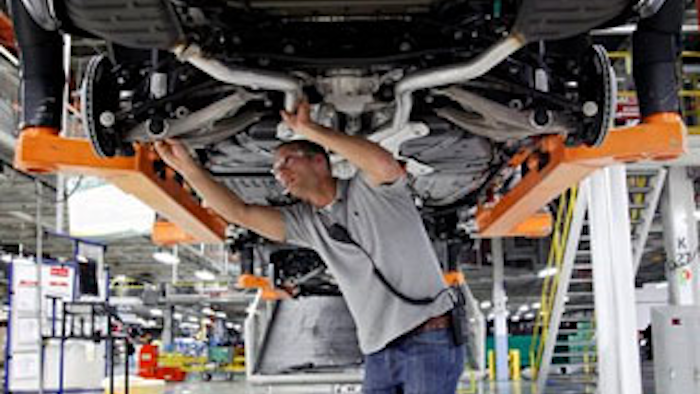 The money is going into factories in Trenton and Dundee, Mich., south of Detroit. Almost 300 new jobs will be created at the Trenton North factory.

The investment will help Chrysler build more Tigershark engines, which are currently used in the Dart compact car and likely to power new Chrysler cars in the future.

Chrysler said in a statement Wednesday that it will spend $40.5 million at the Dundee factory to convert an assembly line to make cranks, heads and engine blocks for the 2-Liter, four-cylinder Tigershark engine.

In addition, Chrysler will spend $11.5 million on a new Tigershark assembly line at the Trenton North plant and add 298 new jobs. The added production is expected to be ready at both plants by the end of the third quarter.

The company has sold more than 51,000 Darts so far this year. The car made its debut in the summer of 2012. The company is expected to put the Tigershark engine in additional cars as it rolls out new products.