General Motors plans to spend another $167 million at its Tennessee factory so it can build two new midsize vehicles. The investment disclosed Tuesday is on top of a previously announced $183 million investment. The spending is expected to create or keep 1,800 jobs, but GM wouldn't say how many new people would be hired. 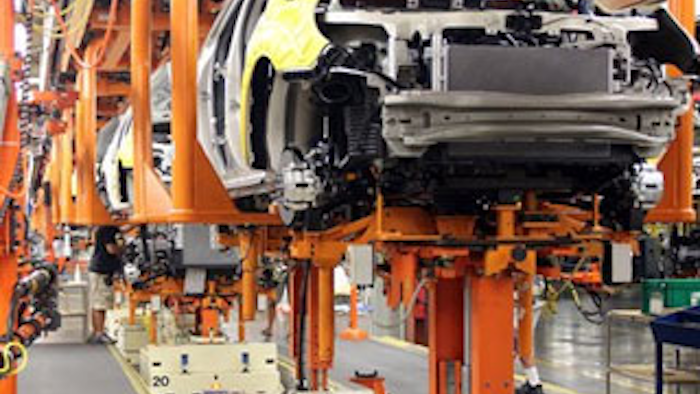 NASHVILLE, Tenn. (AP) — General Motors plans to spend another $167 million at its Tennessee factory so it can build two new midsize vehicles.

The investment disclosed Tuesday is on top of a previously announced $183 million investment. The spending is expected to create or keep 1,800 jobs, but GM wouldn't say how many new people would be hired.

The company also wouldn't identify the new vehicles. They could be new versions of the Chevrolet Equinox and GMC Terrain crossover SUVs.

The assembly plant in Spring Hill, about 30 miles south of Nashville, now makes the Equinox along with a factory in Canada. Although they're selling well, they were last reworked in 2009. They compete against newer vehicles like the Honda CR-V, Ford Escape and Toyota RAV-4.

The assembly plant was idled amid the economic downturn in 2009. But production was restarted following a 2011 contract agreement with the United Auto Workers that included salary concessions for entry-level workers.

The Spring Hill plant produced more than 3.7 million Saturns between 1990 and 2007. Most of the facility's workers were then furloughed while the plant underwent a $600 million overhaul to build the build the Traverse crossover.

The changes included retooling to build vehicles made of sheet metal panels, as most Saturns built at the plant were plastic body cars.

At its peak, the facility employed nearly 8,000 workers. By 2009, that number was down to about 630. The plant, which also makes four-cylinder engines, currently employs 2,000 people

GM announced in January that Spring Hill would also begin making front and rear bumper assemblies for the Corvette sports care assembled 90 miles to the north in Bowling Green, Ky.

The expansion at the GM plant follows an announcement in June that Nissan Motor Co. is adding 900 jobs to start making the Rogue crossover at its plant in Smyrna, about 30 miles northeast of the GM plant.

The new jobs are in addition to 800 positions added at the Smyrna plant last year, and will bring total employment at the suburban Nashville facility to more than 7,000.

Meanwhile, Volkswagen AG is expected to decide before the end of the year whether it will produce a new crossover vehicle at either its U.S. plant in Chattanooga or in Mexico.