The Michigan Economic Development Corp. said Circuit Controls Corp. and North American Lighting Inc. are getting incentives approved by the Michigan Strategic Fund.  According to the state, the expansions could mean 112 new Michigan jobs. 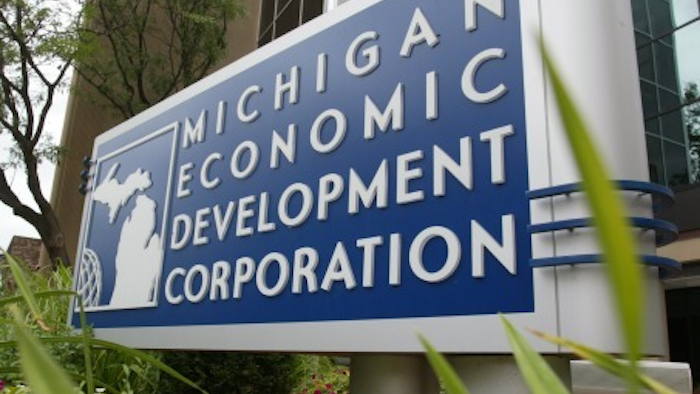 LANSING, Mich. (AP) — Two companies planning to invest up to $28.6 million in Michigan will get support for expansion efforts from the state, officials announced.

The Michigan Economic Development Corp. said Circuit Controls Corp. and North American Lighting Inc. are getting incentives approved by the Michigan Strategic Fund. According to the state, the expansions could mean 112 new Michigan jobs.

"These expansions in our automotive and IT sectors highlight Michigan's leadership in making things and making things work better," said MEDC president and CEO Michael Finney said in a statement. "These projects all mean more jobs and greater economic opportunities for people across Michigan."

Circuit Controls makes automotive electrical terminals and is a subsidiary of Tokyo-based Yazaki Corp. The company is planning to expand its manufacturing facility in Emmet County's Bear Creek Township, in Michigan's northwestern Lower Peninsula, as part of an effort to support new business.

Because of its plans, the company is expected to get $180,000 in a Michigan Business Development Program performance-based grant. Bear Creek Township also offered the company a tax abatement. Circuit Controls plans to invest up to nearly $22 million, creating 36 jobs,

The project is expected to generate up to nearly $7 million in investment and create 76 new jobs, the state said. The company is expected to get a $300,000 Michigan Business Development Program performance-based grant. Farmington Hills also has offered a property tax abatement.