Spawned years before the Great Recession and the 2008 financial meltdown, the crisis was significantly worsened by those twin traumas. It will play out for decades, and its consequences will be far-reaching. Many people will be forced to work well past the traditional retirement age of 65. Living standards will fall and poverty rates will rise for the elderly in wealthy countries. 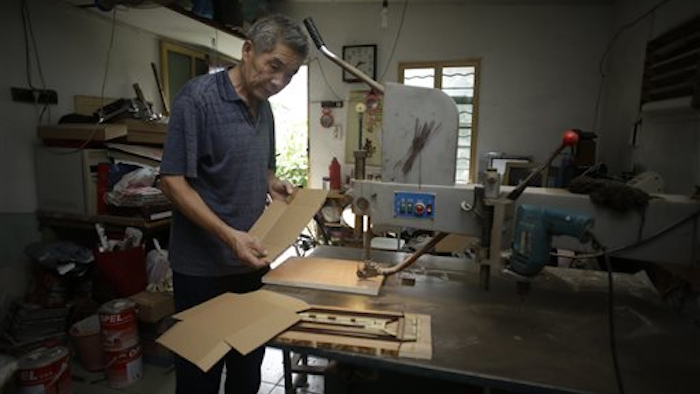 A global retirement crisis is bearing down on workers of all ages.

Spawned years before the Great Recession and the 2008 financial meltdown, the crisis was significantly worsened by those twin traumas. It will play out for decades, and its consequences will be far-reaching.

Many people will be forced to work well past the traditional retirement age of 65. Living standards will fall and poverty rates will rise for the elderly in wealthy countries that built safety nets for seniors after World War II. In developing countries, people's rising expectations will be frustrated if governments can't afford retirement systems to replace the tradition of children caring for aging parents.

The problems are emerging as the generation born after World War II moves into retirement.

"The first wave of under-prepared workers is going to try to go into retirement and will find they can't afford to do so," says Norman Dreger, a retirement specialist with the consulting firm Mercer in Frankfurt, Germany.

The crisis is a convergence of three factors:

— Countries are slashing retirement benefits and raising the age to start collecting them. These countries are awash in debt since the recession hit. And they face a demographics disaster as retirees live longer and falling birth rates mean there will be fewer workers to support them.

— Individuals spent freely and failed to save before the recession and saw much of their wealth disappear once it hit.

Those factors have been documented individually. What is less appreciated is their combined ferocity and global scope.

"Most countries are not ready to meet what is sure to be one of the defining challenges of the 21st century," the Center for Strategic and International Studies in Washington concludes.

Fukushima, who is 52 and lives in Tokyo, worries that he might need to move somewhere cheaper, maybe Malaysia, after age 70 to get by comfortably on income from his investments and a public pension of just $10,000 a year.

People like Fukushima who are fretting over their retirement prospects stand in contrast to many who are already retired. Many workers were recipients of generous corporate pensions and government benefits that had yet to be cut.

Jean-Pierre Bigand, 66, retired Sept. 1, in time to enjoy all the perks of a retirement system in France that's now in peril. Bigand lives in the countryside outside the city of Rouen in Normandy. He has a second home in Provence. He's just taken a vacation on Oleron Island off the Atlantic coast and is planning a five-week trip to Guadeloupe.

"Travel is our biggest expense," he says.

The average age at which men could retire with full government pension benefits fell from 64.3 years in 1949 to 62.4 years in 1999 in the relatively wealthy countries that belong to the Organization for Economic Cooperation and Development.

"That was the Golden Age," Mercer consultant Dreger says.

It would not last. As the 2000s dawned, governments — and companies — looked at actuarial tables and birth rates and realized they couldn't afford the pensions they'd promised.

The average man in 30 countries the OECD surveyed will live 19 years after retirement. That's up from 13 years in 1958, when many countries were devising their generous pension plans.

The OECD says the average retirement age would have to reach 66 or 67, from 63 now, to "maintain control of the cost of pensions" from longer lifespans.

Compounding the problem is that birth rates are falling just as the bulge of people born in developed countries after World War II retires.

Populations are aging rapidly as a result. The higher the percentage of older people, the harder it is for a country to finance its pension system because relatively fewer younger workers are paying taxes.

In response, governments are raising retirement ages and slashing benefits. In 30 high- and middle-income OECD countries, the average age at which men can collect full retirement benefits will rise to 64.6 in 2050, from 62.9 in 2010; for women, it will rise from 61.8 to 64.4

In the wealthy countries it studied, the OECD found that the pension reforms of the 2000s will cut retirement benefits by an average 20 percent.

Even France, where government pensions have long been generous, has begun modest reforms to reduce costs.

"France is a retirees' paradise now," says Richard Jackson, senior fellow at the CSIS. "You're not going to want to retire there in 20 to 25 years."

The fate of government pensions is important because they are the cornerstone of retirement income. Across the 34-country OECD, governments provide 59 percent of retiree income, on average.

The outlook worsened once the global banking system went into a panic in 2008 and tipped the world into the worst recession since the 1930s.

Government budget deficits swelled in Europe and the United States. Tax revenue shrank, and governments pumped money into rescuing their banks and financing unemployment benefits. All that escalated pressure on governments to reduce spending on pensions.

The Great Recession threw tens of millions out of work worldwide. For others, pay stagnated, making it harder to save. Because government retirement benefits are based on lifetime earnings, they'll now be lower. The Urban Institute, a Washington think tank, estimates that lost wages and pay raises will shrink the typical American worker's income at age 70 by 4 percent — an average of $2,300 a year.

Leslie Lynch, 52, of Glastonbury, Conn., had $30,000 in her 401(k) retirement account when she lost her $65,000-a-year job last year at an insurance company. She'd worked there 28 years. She's depleted her retirement savings trying to stay afloat.

"I don't believe that I will ever retire now," she says.

Many of those facing a financial squeeze in retirement can look to themselves for part of the blame. They spent many years before the Great Recession borrowing and spending instead of saving.

The National Institute on Retirement Security estimates that Americans are at least $6.8 trillion short of what they need to have saved for a comfortable retirement. For those 55 to 64, the shortfall comes to $113,000 per household.

In Asia, workers are facing a different retirement worry, a byproduct of their astonishing economic growth.

Traditionally, Chinese and Koreans could expect their grown children to care for them as they aged. But newly prosperous young people increasingly want to live on their own. They also are more likely to move to distant cities to take jobs, leaving parents behind. Countries like China and South Korea are at an "awkward" stage, Jackson says: The old ways are vanishing, but new systems of caring for the aged aren't yet in place.

Yoo Tae-we, 47, a South Korean manager at a trading company that imports semiconductor components, doesn't expect his son to support him as he and his siblings did their parents.

"We have to prepare for our own futures rather than depending on our children," he says.

China pays generous pensions to civil servants and urban workers. They can retire early with full benefits — at 60 for men and 50 or 55 for women. Their pensions will prove to be a burden as China ages and each retiree is supported by contributions from fewer workers.

The elderly are rapidly becoming a bigger share of China's population because of a policy begun in 1979 and only recently relaxed that limited couples to one child.

China is considering raising its retirement ages. But the government would likely meet resistance.

THE END OF TRADITIONAL PENSIONS

Corporations, too, are cutting pension costs by eliminating traditional defined-benefit plans. They don't want to bear the cost of guaranteeing employees' pensions. They've moved instead to so-called defined-contribution plans, such as 401(k)s, in the United States. These plans shift responsibility for saving to employees.

But people have proved terrible at taking advantage of these plans. They don't always enroll. They don't contribute enough. They dip into the accounts when they need money.

They also make bad investment choices — buying stocks when times are good and share prices are high and bailing when prices are low.

Several countries are trying to coax workers to save more.

Australia passed a law in 1993 that makes retirement savings mandatory. Employers must contribute the equivalent of 9.25 percent of workers' wages to 401(k)-style retirement accounts.

In 2006, the United States encouraged companies to require employees to opt out of a 401(k) instead of choosing to opt in. That means workers start saving for retirement automatically if they make no decision.

Rebounding stock prices and a slow rise in housing prices are helping households recover their net worth. In the United States, retirement accounts hit a record $12.5 trillion the first three months of 2013.

But Boston College's Center for Retirement Research says the recovery in housing and stock prices still leaves about 50 percent of American households at risk of being unable to maintain their standard of living in retirement.

When they look into the future, retirement experts see more changes in government pensions and longer careers than many workers had expected.

Those planning to work past 65 can take some comfort knowing they'll be healthier, overall, than older workers in years past. They'll also be doing jobs that aren't as physically demanding. In addition, life expectancy at 65 now stretches well into the 80s for people in the 34 OECD countries — an increase of about five years since the late 1950s.

"My parents retired during the Golden Age of retirement," says Mercer consultant Dreger, 37. "My dad, who is 72, retired at 57. That's not going to happen to somebody in my generation."