The purge represents about 5 percent of the roughly 108,000 jobs that Intel had on its payroll at the end of December. The company intends to jettison the jobs without laying off workers, said Intel spokesman Bill Calder. The reductions instead will be achieved through attrition, buyouts, and early retirement offers. 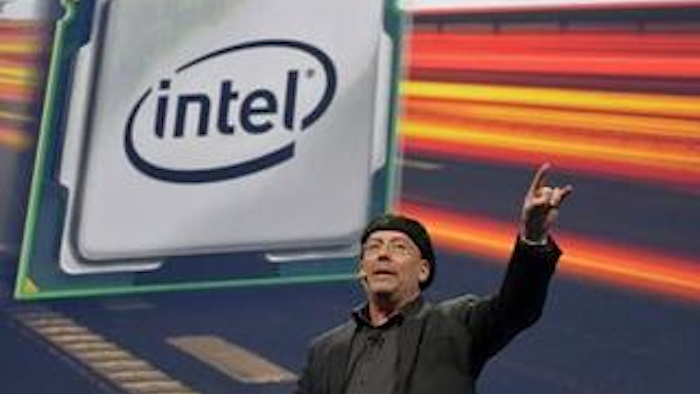 SAN FRANCISCO (AP) -- Intel plans to trim more than 5,000 jobs from its workforce this year in an effort to boost its earnings amid waning demand for its personal computer chips.

The Santa Clara-based company confirmed the job cuts Friday, the day after Intel Corp. reported its profit and revenue had fallen for the second consecutive year.

The purge represents about 5 percent of the roughly 108,000 jobs that Intel had on its payroll at the end of December. The company intends to jettison the jobs without laying off workers, said Intel spokesman Bill Calder. The reductions instead will be achieved through attrition, buyouts and early retirement offers.

The company didn't estimate how much money it hopes to save by eliminating jobs. But Intel needs pare its expenses if it hopes to end a two-year slump that has seen its earnings fall from $12.9 billion in 2011 to $9.6 billion in 2013. Intel is forecasting its revenue this year will be about the same as in 2013, making it unlikely its profits can rise without cost cuts.

"We are constantly evaluating and realigning our resources to meet the needs of our business," Calder said.

Intel's financial performance is faltering because the company didn't adapt quickly enough as the growing popularity of smartphones and tablet computers undercut sales of PCs running on its chips. Worldwide PC sales have dropped from the previous year in seven consecutive quarters, an unprecedented decline.

The trend is a problem for Intel because most mobile devices don't rely on its processors.

As Intel has struggled to come up with a successful strategy for mobile computing, the company has turned into a stock market laggard.

Intel's stock dropped 69 cents Friday to close at $25.85, then dipped another 4 cents in extended trading.