Tennessee officials promoting a 6-square-mile "mega site" outside Memphis say it would be ideally suited for a new auto assembly plant — even if its workers are represented by the United Auto Workers union. 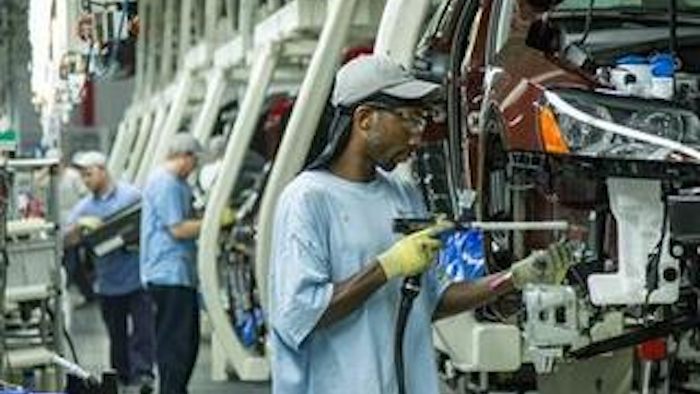 NASHVILLE, Tenn. (AP) -- Tennessee officials promoting a 6-square-mile "mega site" outside Memphis say it would be ideally suited for a new auto assembly plant — even if its workers are represented by the United Auto Workers union.

Those comments by Bill Hagerty, the chief economic development official in Republican Gov. Bill Haslam's Cabinet, come after attempts by the UAW to represent workers at the Volkswagen plant in Chattanooga that were heavily criticized by the governor and other GOP politicians in the state.

The UAW ultimately lost the Volkswagen union in a 712-626 vote last week, and state has since re-engaged in invectives talks with the German car maker.

Haslam and U.S. Sen. Bob Corker argued that a UAW win would have hurt the region's ability to attract suppliers and other future business to the state, and fellow Republicans in the state Legislature warned that a vote in favor of the UAW would have threatened the approval of incentives to expand the plant.

Hagerty told reporters those concerns don't enter into the thinking for the West Tennessee site.

"No, we're ready and willing to market the site to any major company that's interested in Tennessee," Hagerty said.

"If you go through and look at the projects we've navigated and worked through since we've been in, we've had a mix of union and non-union employers," he said.

Despite the vocal opposition to the UAW in Chattanooga, the governor said after a speech in Murfreesboro on Tuesday that the state doesn't decide on whether to pursue projects based on union membership.

"It's never been a litmus test," Haslam said. "Obviously the state's incentivized union (companies) in the past."

"In this case I was just making the point that one of the things VW kept saying to us was we want to have a closer supplier network if we're going to grow that plant," he said. "And I know from fact from what suppliers have told us, is that that would be a lot harder to do if the UAW was there."

Labor interests that make up half of Volkswagen's supervisory board have questioned why Chattanooga is alone among the company's major factories worldwide without formal worker representation.

Bernd Osterloh, a board member and head of the company's global works council, was quoted as telling the German daily Sueddeutsche Zeitung that he was concerned about what he called the "massive anti-union atmosphere created from the outside by conservatives" surrounding the Chattanooga vote.

He told the paper that the fate of the works council in Chattanooga could determine whether the company decides to make further investments in the state and region.

"I can well imagine that a further VW location in the U.S., in the event one should one be built there, would not necessarily have to go in the South," he said. "If the subject of co-determination isn't cleared from the start, we as wage earners could hardly agree to that."

The German automaker's CEO, Martin Winterkorn, announced at the Detroit auto show last month that a new seven-passenger SUV will go on sale in the U.S. in 2016. Production of the new model will either be in Chattanooga or at a plant in Mexico.

Winterkorn said the new model will be part of a five-year, $7 billion investment in North America.