A transport strike in Italy has forced automaker Fiat SpA to cut production, prompting the automaker to warn Thursday that it may have to close some plants temporarily. 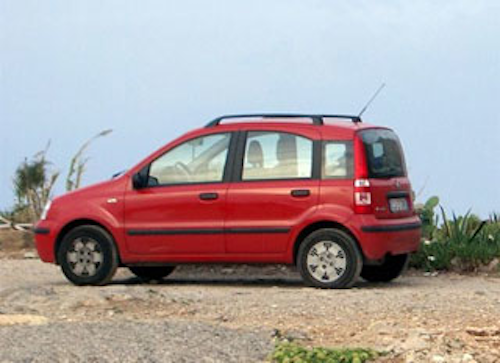 MILAN (AP) — A transport strike in Italy has forced automaker Fiat SpA to cut production, prompting the automaker to warn Thursday that it may have to close some plants temporarily.

The 20-day old strike by heavy transport drivers against government austerity measures has forced the carmaker to produce 20,000 fewer cars, creating "a strong impact on billing and auto registration in Italy and abroad," Fiat said in a statement.

"It will be very difficult to make that up in the course of the year," Fiat said.

Heavy transport drivers, including those who move the multi-deckered trailers that transport cars, have been striking against government measures that have increased the price of fuel. As a result, freshly produced cars are backing up at factories where they are produced.

Fiat forecast a 10 percent impact on market share for March if drivers don't resume work in the coming days.

The strike and production cuts come at a moment when European automakers are struggling to make money against shrinking demand and region-wide overcapacity.

Among the plants Fiat said is at risk for temporary closure is Pomigliano, where Fiat recently started production of the top-selling new Panda after signing a hard-won contract with unions for more flexible labor rules. Fiat chief executive Sergio Marchionne moved production of the Panda from Poland to Italy as part of a plan to boost production in Italy.

"The Italian automotive sector, already suffering strongly, is now being penalized again," Fiat said. "It is very important that the situation revolves itself quickly."

Any suggestion of plant closures — even short term — is a politically hot topic in Italy, where unions and politicians have expressed concern that Fiat's alliance with U.S. automaker Chrysler was making it less committed to Italy. Fiat, along with Fiat Industrial heavy equipment maker, is Italy's largest industrial concern and employer.

Marchionne is scheduled to meet Friday in Rome with Premier Mario Monti, the first meeting the pair have had since Monti took office in November as the head of a government of technocrats.

Against a contracting European car market, Marchionne's goal is to produce cars in Italy to export to the United States, a market Fiat accessed when it took control of Chrysler in 2009. It owns 58.5 percent of the U.S. automaker.

Cars sales in Europe this year are forecast to decline by nearly 5 percent to 12.9 million units, according to the Center for Automotive Research — down from 15.7 million in 2000. At the same time, industry executives say factories in western Europe have the capacity to produce 20 percent more cars than the market can absorb — costing money to keep factories idle and workers at home.

Autoworker unions have urged the government and striking truckers to find a speedy solution that would allow production to resume.

"There is already a dramatic market, and if we don't produce cars, the consequences will fall on workers who won't get salaries," said Giuseppe Terracciano, head of the Fim-Cisl union section in Naples, where Pomigliano is located.