Dow Chemical will cut 900 jobs and shutter plants on three continents because of weakness in Europe, which may soon tip back into recession of it has not done so already. 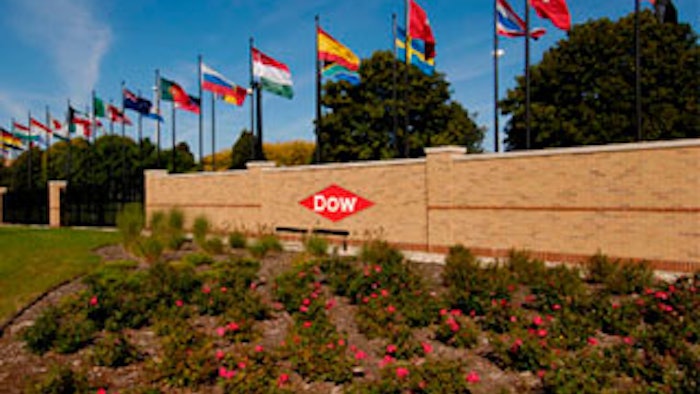 MIDLAND, Michigan (AP) — Dow Chemical will cut 900 jobs and shutter plants on three continents because of weakness in Europe, which may soon tip back into recession of it has not done so already.

Dow was ravaged during the global and economic crisis that struck four years ago, cutting more than 10,000 positions then. CEO Andrew Liveris has aggressively sought to keep the company, the nation's largest chemical maker, agile despite its size.

"These actions, while difficult, are in full alignment with our commitment to continually manage our portfolio to adapt to changing and volatile economic conditions, as we are seeing particularly in Western Europe," Liveris said.

Europe released new employment figures Monday showing that there are now more people unemployed than at any time since the euro was introduced in 1999.

Eurostat, the European Union's statistics office, said unemployment rose to 10.8 percent in February. The number of unemployed totaled 17.1 million, nearly 1.5 million more unemployed than at the same time last year. Of the 17 countries in the eurozone, seven countries had unemployment rates of above 10 percent.

Dow's products are used in nearly every sector in the economy, and it is often the first to feel macroeconomic shifts. On Monday, Europe also released data indicating a bigger-than-anticipated downturn in manufacturing.

The financial information company Markit pointed particularly to deteriorating conditions in German and France. Spain's unemployment level, the highest in the EU, hovers around 23 percent.

Dow is responding to those conditions and said Monday that its latest maneuvers will trim costs by about $250 million each year. In all, Dow will close four plants, idle a fifth, and consolidate other operations.

The economic situation in Europe will affect Dow employees in the U.S., where the company employs about 25,000 people.

In addition to plants that will be shut down in Portugal, Hungary, and Brazil, as well as the idling of a plant in the Netherlands, Dow will close a factory in Charleston, Illinois.

Fewer than 375 U.S. positions will be cut, spokeswoman Rebecca Bentley said, and the company plans to hire in other areas and offset those job losses.

In the fourth quarter, weak European and U.S. sales pushed Dow to a $20 million loss. Dow expects sales to rebound in the U.S. this year, but conditions in Europe are more dire.

Dow will book a first-quarter charge of $350 million in the first quarter for severance packages, asset impairments and other related items.

Shares of Dow Chemical Co., based in Midland, Michigan, rose 5 cents to $34.69 in midday trading.