Toyota says it is putting renewed focus on innovation in production methods and design after getting a wake-up call from its massive recalls. 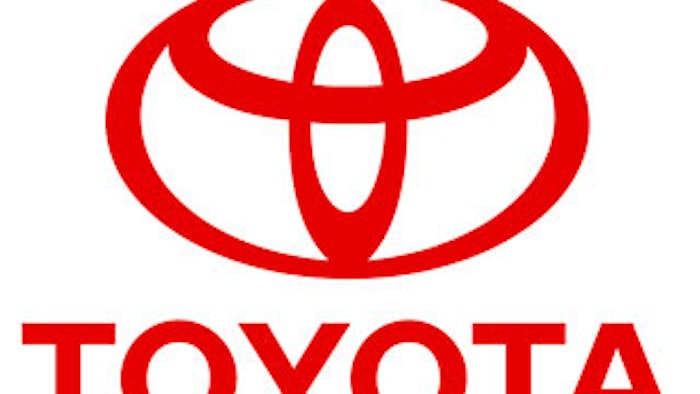 TOYOTA, Japan (AP) — Toyota says it is putting renewed focus on innovation in production methods and design after getting a wake-up call from its massive recalls.

A highly flexible assembly line that can grow or shrink over a weekend to adjust to demand was among the innovations Toyota Motor Corp. showed Tuesday in production technology.

It also highlighted special stamping that allows car doors to be carved into molded shapes and instantaneous laser-welding that adds to the stability of luxury models.

Toyota had a stellar reputation for quality until massive recalls that began in 2008.

"When production plunged, we could see big-scale production was a burden," he said. "We needed an assembly line that could respond to the ups and downs of production needs."

Niimi and other Toyota officials said requirements for models are changing so quickly, and emissions improvements in engines coming so fast, that lines have must adjust frequently to minor parts changes.

Reporters were given a tour of auto plant anatomy never shown to the public at Motomachi factory in the city named after Japan's No. 1 automaker. No photography was allowed. But visitors were given demonstrations of motorized stamping that was faster and quieter, and adjustable casting and welding methods that had been made simpler to cut costs, save time and be kinder to the environment.

Instead of cars hanging from above, as in most car plants, Toyota showed cars moving along assembly lines on stands with wheels. That meant the line could be changed more quickly, company officials said.

Tsuyoshi Mochimaru, auto analyst with Mitsubishi UFJ Morgan Stanley Securities, who took part in the tour, said he was impressed with some of the demonstrations. He said Toyota faces intensifying competition from the resurgent American automakers such as General Motors Co. and Ford Motor Co. as well as from South Korea's Hyundai.

"It shows Toyota is tackling challenges, a step at a time," he said. "Change isn't going to come suddenly. But the process is going steadily."

Toyota, which makes the Prius hybrid, Camry sedan and Lexus luxury models, also showed several samples of doors that had been stamped with Toyota President Akio Toyoda's autograph, as well as cartoon creatures.

Toyota said the metal stamping technology is new and developed within the company.

The new stamping, which also produces sharper shapes on car exteriors, will be introduced for the limited edition iQ subcompact model going on sale in a few months, according to Toyota.

Toyota officials said that, despite cost-cutting, the company must stay nimble in responding to fickle customer tastes.

Also demonstrated was a new paint technology that allows different shadings without causing an uneven surface.

Officials said they hope to make cars with custom paint jobs and contoured stamping to order. No timeframe was given.

The production efforts are part of an initiative spearheaded by Toyoda for the automaker to become more distinct in design and repair its tarnished reputation for quality.

Like other Japanese automakers, Toyota is recovering from a difficult 2011, when production was disrupted by a supply shortage caused by the earthquake in northeastern Japan. But Toyoda is trying to rally his company under the slogan of "making ever-better cars."