U.S. Factory Output Up In April On Stronger Autos

U.S. factory output increased in April, helped by a gain in auto production. Busier factories have driven stronger hiring this year and helped the economy grow. 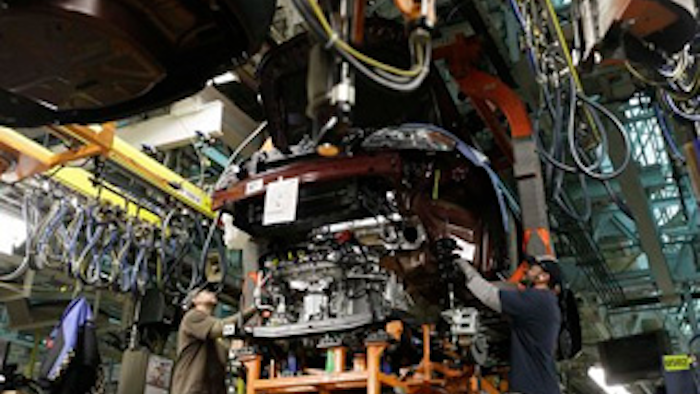 Half of the April increase reflected a 3.9 percent jump in the production of motor vehicles and parts. That's the fifth consecutive gain at auto plants and the biggest rise since January.

Overall industrial production increased 1.1 percent in April. In addition to the big gain at factories, output at mines and utilities both showed strong gains.

Factory output has risen 18.3 percent since it hit a low in June 2009, the month the recession ended. Through the first three months of the year, it was growing at an annual rate of nearly 10 percent.

Other data suggest factory output has since strengthened.

The Institute for Supply Management, a trade group of purchasing managers, said manufacturing activity grew in April at the fastest pace in 10 months. New orders, production and a measure of hiring all rose.

And the Federal Reserve Bank of New York said manufacturing activity in that state jumped in May, reversing a large drop in April. Measures of new orders and employment rose.

Faster output at U.S. factories has been a key reason employers have added 1 million jobs in the past five months.

Factories are cranking out more goods because consumers are more confident in the economy and spending more.

Consumer spending grew at an annual rate of 2.9 percent in the first three months of the year, the fastest pace since late 2010. However, some of that strength was aided by a mild winter, which boosted sales in February and March.

In April, retail sales grew by just 0.1 percent. But sales of autos, furniture, electronics and appliances rose. All are big-ticket items made in factories that help drive growth.

The economy grew at an annual rate of 2.2 percent in the January-March quarter. That's slower than the 3 percent growth in the October-December quarter, but better than the 1.7 percent growth for all of last year.