Swedish automaker Saab Automobile was Wednesday rescued from insolvency when an Asian consortium sealed a deal to buy the brand's main assets with the aim of making electric cars. 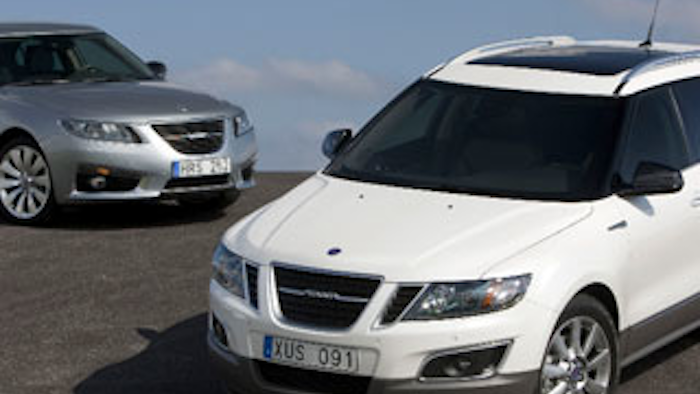 STOCKHOLM (AP) — Swedish automaker Saab Automobile was Wednesday rescued from insolvency when an Asian consortium sealed a deal to buy the brand's main assets with the aim of making electric cars.

The price tag for Saab's assets, which includes the main parts of the automobile manufacturing division, was not made public.

The buyer, National Electric Vehicle Sweden AB, is owned to 51 percent by Hong Kong-based National Modern Energy Holdings Ltd. and to 49 percent by Japanese investment group Sun Investment LLC. It was recently formed with the purpose of bidding for Saab.

At a hastily called news conference at Saab's manufacturing plant in Trollhattan, in western Sweden, NEVS said it would initially focus the sale of its electricity cars on the Chinese market, but that it also has wider plans to expand more globally in the long-term.

"China is investing heavily in developing the electric vehicle market, which is a key driver for the ongoing technology shift to reduce dependence on fossil fuels," Kai Johan Jiang said in a statement, founder and main owner of the main stake-holder, NMEH. "The Chinese can increasingly afford cars; however, the global oil supply would not suffice if they all buy petroleum-fueled vehicles. Chinese customers demand a premium electric vehicle, which we will be able to offer by acquiring Saab."

The consortium said it is already in the process of hiring key staff, and is next looking to recruit a team of engineers "to immediately start the product development."

The carmaker's Saab Parts unit was not included in the agreement and the intellectual property rights for the Saab 9-5 car model, owned by the brand's former owner General Motors Corp., were also excluded

Saab, which has more than 3,000 workers, filed for bankruptcy in December last year after its previous owner, the Dutch luxury car group Spyker — later named Swedish Automobile — failed to get sufficient backing for the brand.

Karl-Erling Trogen, a former executive of Volvo Trucks and chairman of the newly created consortium, said he was thrilled to now "start a new future-oriented venture."

"We will match Swedish automobile design and manufacturing experience with Japanese electric vehicle technology and a strong presence in China. Electric vehicles powered by clean electricity are the future, and the electric car of the future will be produced in Trollhattan."

Saab also owes GM 2.2 billion kronor it paid for preferential shares but the American automotive company would only be entitled to that if the bankruptcy produced a surplus, the trustees said.

GM bought a 50 percent stake and management control of Saab in 1989, and gained full ownership in 2000. The aircraft and defense company with the same name remained an independent entity, building fighter jets and weapons systems.