China on Wednesday defended its export curbs on rare earths used in high-tech products as an environmental measure and rejected a World Trade Organization challenge by the United States, Europe and Japan. 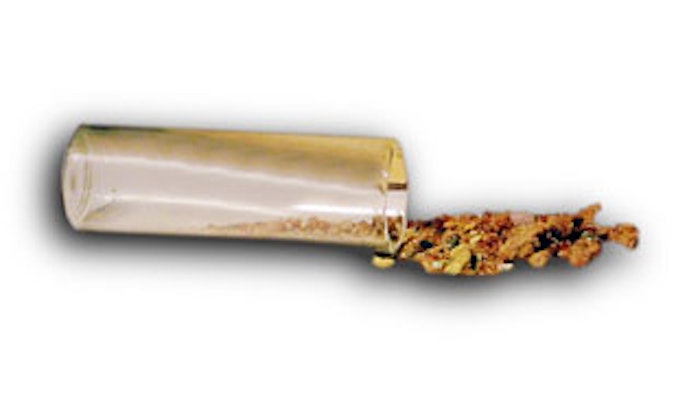 BEIJING (AP) — China on Wednesday defended its export curbs on rare earths used in high-tech products as an environmental measure and rejected a World Trade Organization challenge by the United States, Europe and Japan.

A Cabinet official rejected complaints Beijing is using the environment as an excuse to support fledgling Chinese producers of lightweight magnets and other rare earths products by limiting supplies to foreign rivals in violation of its free-trade pledges.

"The protection of the environment is never a pretext for gaining advantage or increasing economic returns," said Su Bo, a deputy industry minister, at a news conference.

China has about 30 percent of rare earths deposits but accounts for more than 90 percent of production. Beijing alarmed global manufacturers by imposing export quotas in 2009. It is trying to build up domestic manufacturers to capture more of the profits that now go to U.S., Japanese and European companies that transform rare earths into mobile phone batteries, camera lenses and other products.

The U.S., EU and Japan filed WTO complaints in March accusing Beijing of violating its commitments to the global free-trade body. They say export limits push up rare earths prices abroad and give buyers in China an unfair advantage.

If no resolution is reached after 60 days, the dispute can be sent to a WTO panel for a ruling. Depending on the outcome, sanctions against China are possible.

"All these measures fully conform to WTO rules," Gao said. He said Beijing wants a quick resolution but said it will "actively use world trade rules" to protect its companies.

The dispute reflects the clash between Beijing's free-trade pledges and its ambitions to transform China from a low-wage factory into a creator of profitable technology by building up and protecting fledgling high-tech companies.

Beijing has announced an export quota of 10,546 tons of rare earths for the first half of this year. That is down 27 percent from the quota for the same period last year.

The government says last year's total exports were 18,600 tons, just 60 percent of the 30,000-ton quota, due in part to slack global demand.

The United States, Canada, Australia and other countries also have rare earths but most mining stopped in the 1990s as lower-cost Chinese ores came on the market.

On Tuesday, Australian miner Lynas Corp. announced it hopes to start up a rare earths processing plant in Malaysia after a parliamentary panel ruled it is safe. The facility in the northern state of Pahang has faced opposition from residents on environmental grounds.

Beijing also hopes the export controls will encourage foreign rare earths companies to shift operations to China, providing investment and technology. Su said 38 U.S., Japanese and other companies have set up joint ventures or wholly-owned entities in China and he appealed for more foreign investment in environmental protection and processing.

Besides export quotas, Beijing has further tightened controls by limiting the number of companies licensed to sell abroad.

Chinese controls have helped to push global rare earths prices far above what buyers in China pay. One mineral, terbium oxide, cost $2,000 per kilogram on world markets this week and $975 in China, according to Lynas. Another, dysprosium oxide, cost $1,030 per kilogram abroad and $660 in China.

Last October, a state-owned company that is China's biggest rare earths announced a one-month suspension of production in an effort to shore up slumping prices.

Despite such measures, Su insisted the government has never tried to manipulate prices.

"The price of an international product such as rare earths is determined purely by supply and demand," he said.