Harley-Davidson Inc. said Wednesday that its second-quarter net income jumped 30 percent, as demand for its motorcycles continued to grow both at home and abroad. 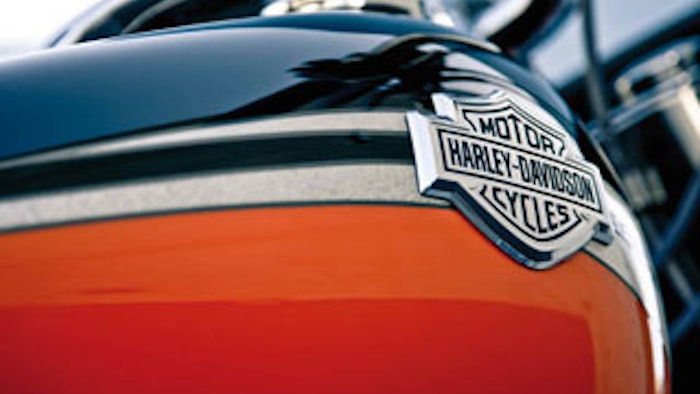 MILWAUKEE (AP) — Harley-Davidson Inc. said Wednesday that its second-quarter net income jumped 30 percent, as demand for its motorcycles continued to grow both at home and abroad.

But the Milwaukee-based company's revenue for the quarter fell short of expectations, hurt by warmer-than-usual weather in the first quarter of the year that pulled forward some second-quarter sales. Lower European sales also hurt.

"We continue to remain cautious in our expectations for retail sales globally in an environment of greater economic uncertainty, including in Europe where sales are clearly being affected by the challenging Eurozone economy," Keith Wandell, Harley's chairman, president and CEO, said in a statement.

The company said it still plans to ship 245,000 to 250,000 bikes to dealers this year, which would amount to an increase of 5 percent to 7 percent over year-ago levels.

For the third-quarter, Harley said it expects shipments to total between 51,000 to 56,000, which would amount to a drop of 9.3 percent to 17.4 percent from year-ago levels, mainly as a result of production changes at one of its major plants.