Twinkies, Ho Hos, and Wonder Bread are up for sale now that a bankruptcy judge cleared the way for Hostess to fire 18,500 workers and wind down operations. A last-ditch effort to end a strike with Hostess' bakers union failed and Judge Robert Drain approved the company's request to shut down its business and sell the pieces to the highest bidder. 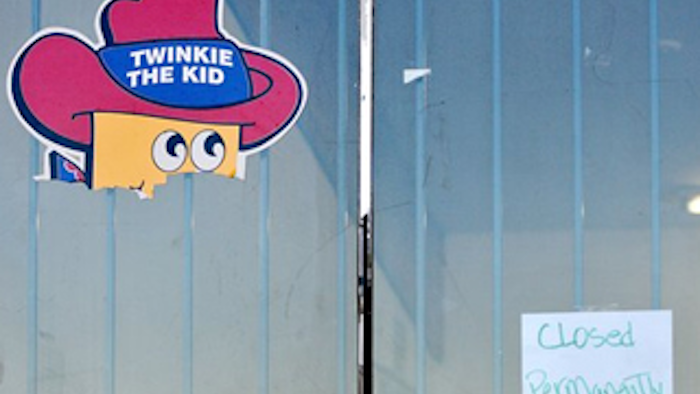 WHITE PLAINS, N.Y. (AP) — Twinkies, Ho Hos and Wonder Bread are up for sale now that a bankruptcy judge cleared the way for Hostess Brands Inc. to fire its 18,500 workers and wind down its operations.

A last-ditch effort to end a strike with Hostess' bakers union failed Tuesday night and Judge Robert Drain on Wednesday approved the company's request to shut down its business and sell the pieces to the highest bidder.

Hostess lawyers told Drain that they needed to begin the liquidation process quickly to take advantage of a surge in outside interest in its brands, which in addition to its namesake include Nature's Pride, Dolly Madison and Drake's.

Hostess, based in Irving, Texas, also wanted to quickly shut down because it has been spending about $1 million a day in payroll without any income since it halted operations last week.

The company will send out termination notices to its employees on Wednesday, said CEO Gregory Rayburn.

"Those employees now need to look for work," he said.

Hostess said it plans to retain about 3,200 employees to help with the initial phase of the wind down. The entire process should take about a year.

The snack maker's demise was years in the making. Management missteps, rising labor costs and changing tastes culminated in a crippling strike by The Bakery, Confectionery, Tobacco Workers and Grain Millers International Union.

Hostess shut down its plants late last week after it said the strike by the bakery union hurt its ability to maintain normal production. The liquidation means the closure of 33 bakeries, 565 distribution centers, about 5,500 delivery routes and 570 bakery outlet stores, the company said.

Management had said Hostess was already operating on razor-thin margins and that the strike was the final blow. The union, meanwhile, pointed to the steep raises executives were given last year, as the company was spiraling down toward bankruptcy.

"This is a very hostile situation and in some respects rightfully so," Rayburn said.

A banker working for Hostess said at Wednesday's hearing that brands typically fetch the equivalent of about a year's sales when they are sold off in liquidation. He noted Hostess' sales are in the range of $2.3 billion to $2.4 billion a year.

The banker, Joshua Scherer of Perella Weinberg Partners, said that interest in Hostess' brands has come from companies ranging from regional bakers to major national retailers that have long sold Hostess products.

"This is a once-in-a-lifetime opportunity to get iconic brands separate from their legacy operators," Scherer said during the hearing in U.S. Bankruptcy Court in the Southern District of New York in White Plains, N.Y.

The company's initial announcement on Friday that it would move to liquidate its business prompted people across the U.S. to rush to stores and stock up on their favorite Hostess treats. Many businesses reported selling out of Twinkies within hours and the spongy yellow cakes turned up for sale online for hundreds of dollars.