The rising demand for new cars is creating a problem for parts suppliers — and that, in turn, could hurt the growth of car plants in Mississippi, a trade association official says. 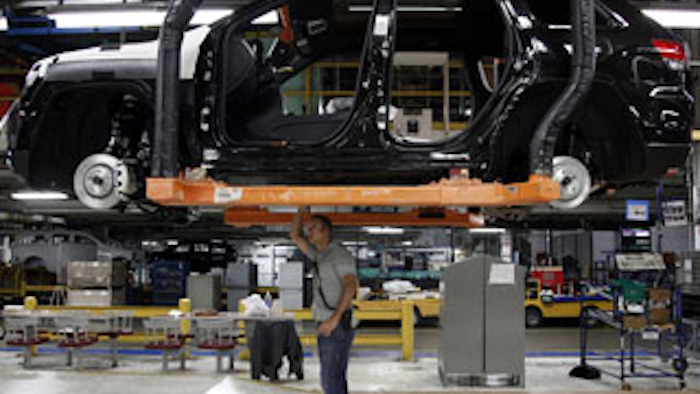 JACKSON, Miss. (AP) -- The rising demand for new cars is creating a problem for parts suppliers — and that, in turn, could hurt the growth of car plants in Mississippi, a trade association official says.

Automotive website Edmunds.com projects 16.4 million new-vehicle sales in 2014 — the most since 2006.

Many smaller suppliers went under during the recession and after the 2011 earthquake and tsunami in Japan, leaving larger companies with tighter production capacity as the buying market rebounded, Sharland said.

A lack of small suppliers, below Tier 1, could stunt the growth of the state's Nissan and Toyota plants as they're adding new vehicle brands or exceeding production capacity, Sharland said.

"We find ourselves in a precarious situation," he said. "The challenge is, how do we reconstitute the (smaller) suppliers? Who's going to supply the Tier 1 suppliers?"

Mississippi plants make some of the nation's most popular cars — the Nissan Altima and the Toyota Corolla. Nissan builds seven vehicles in Canton and is scheduled to add the Murano crossover in 2014. Toyota's Blue Springs plant, with about one-quarter the production capacity of Nissan Canton, does not plan expansion, said Doug Formby, the Toyota plant's vice president of production, control and administration.

The two Japanese companies together employ about 7,600 people in Canton and Blue Springs. Suppliers employ at least 3,250 more.

Nissan Canton is building a supplier park just north of the manufacturing plant that is to employ 800 people, at least half of whom already have been hired.

The center will open in phases between summer 2014 and early 2015 after adding the Murano crossover, boosts the need for more efficient, local parts supplyies.

"There are not as many suppliers in this area as we'd like to see. That gives our competitors where those suppliers are located an advantage," said Don Stoegbauer, a board member of the Mississippi Automotive Manufacturers Association.