The fire at Industrial Plastics Recycle, about 45 miles southwest of Nashville, has been burning since Wednesday morning. On Wednesday afternoon, firefighters had to stop trying to put out the blaze after they learned that two 1,000 gallon propane tanks were on the property. 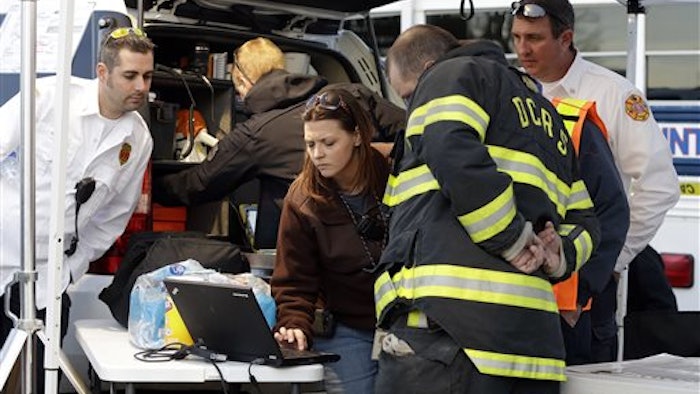 Tennessee Emergency Management Agency spokesman Jeremy Heidt said a crew of contractors for the U.S. Environmental Protection Agency began efforts to put out the blaze in rural Hickman County at around midnight.

They were using bulldozers and trackhoes to push dirt onto the fire, which was about 65 percent contained by mid-morning. Heidt said they hoped to allow nearby residents to return to their homes later in the day. About 300 people were still under evacuation orders on Thursday morning and nearby schools remained closed.

The fire at Industrial Plastics Recycle, about 45 miles southwest of Nashville, has been burning since Wednesday morning. On Wednesday afternoon, firefighters had to stop trying to put out the blaze after they learned that two 1,000 gallon propane tanks were on the property. Heidt said on Thursday that at least one of the propane tanks had been moved out of the way, and both had been deemed to no longer be a hazard.

Heidt said the main reason the evacuation order was still in place on Thursday was concern about the inhalation of smoke and soot. There have not been any reports of injuries.

Jimmy Vest lives about 3 miles from the fire and said in a phone interview on Wednesday that the plume of black smoke was blocking out the sun and forming a cloud over his house. The air smelled of burning plastic and ash pieces larger than his hand were falling from the sky into his yard.

"It looks like parts of boxes and plastic," he said. "It's weird. I've never seen anything like it."

Federal Superfund sites were created to clean up areas that contain hazardous toxic waste. The EPA website said the former Wrigley Charcoal Plant, located northwest of Highway 100, was placed on the National Priorities List in 1989 because of contaminated debris, ground water and soil in the county of about 24,000. The Superfund area includes a 35-acre primary site and surrounding areas comprising about 300 acres.

The fire occurred on a portion of the primary site occupied by Industrial Plastics Recycling, a small-scale facility that recycles metals and plastics and has waste product storage.

According to the EPA website, the Superfund site was home to various industrial operations, including iron, charcoal and wood distillation product manufacturing, beginning in 1880. Contaminants of concern at the site include wood tar chemicals, metals and volatile organic compounds.

Heidt said they do not yet know what started the fire.

TDEC spokeswoman Kelly Brockman said state environmental officials will have to wait until the fire is out before they can assess possible public health and environmental implications.