Congress is moving to reaffirm that the government has the right to impose higher tariffs on goods from countries that subsidize their exports to the United States. 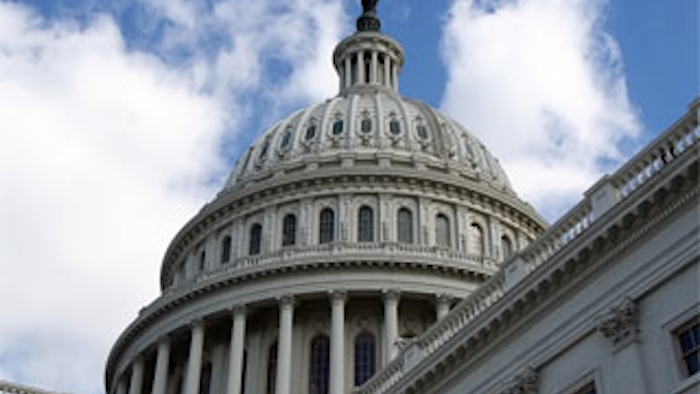 WASHINGTON (AP) — Congress was moving Tuesday to overturn a court decision and reaffirm that the government has the right to impose higher tariffs on goods from China and other countries that subsidize their exports to the United States.

The House was expected to pass the bill Tuesday and send it to President Barack Obama for his signature. The Senate approved it Monday on a voice vote with no debate.

The speedy and bipartisan congressional action came after a federal appellate court ruled in December that the Commerce Department did not have the authority to levy the punitive tariffs because Congress had never explicitly given the agency that right.

The Commerce Department has been applying these "countervailing" duties since 2007. The legislation ensures that 24 existing higher tariff orders and six pending investigations against imports from China and Vietnam will continue to be valid.

The duties are allowed under World Trade Organization rules to counteract unfair subsidies used by countries, such as China and Vietnam, that have yet to fully adopt market economies.

Senate Finance Committee Chairman Max Baucus, D-Mont., said that since 2007 countervailing duties have protected some 80,000 jobs across the country. "China doesn't get a free pass to violate the rules at the expense of American jobs," he said.

The House Ways and Means Committee said the existing tariff orders provide relief for more than 80 American companies in 38 states. One of the larger cases involved Chinese tires: in 2009 the government imposed a three-year tariff, starting at 35 percent, on U.S. imports of low-grade Chinese tires. The tariff was approved after imports of those tires rose threefold to about 46 million tires between 2004 and 2008. Last year the World Trade Organization, rejecting an appeal from China, found that the United States acted consistently with its WTO obligations in imposing the duties.

The National Association of Manufacturers welcomed the congressional votes, saying that failure to act "would leave manufacturers in the U.S. defenseless against rampant deep-pocket Chinese and other government subsidies."

Voicing opposition was the conservative Club for Growth, which said the bill "makes it clear that Congress wants to escalate its trade war rhetoric with China."