The Chevy sweep came after General Motors made the most appearances on this year's list finalists. Others included the Cadillac CTS and Mazda3. Truck/utility finalists included the Acura MDX and Jeep Cherokee. Forty-eight automotive journalists vote on winners from the list of finalists. 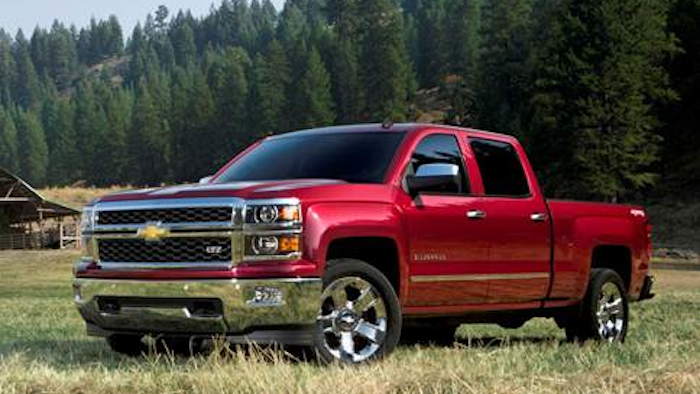 DETROIT (AP) -- General Motors' Chevrolet brand swept the North American Car of the Year and North American Truck/Utility of the Year on Monday, giving the resurgent Detroit automaker another boost at the beginning of the Motor City's annual auto show.

The Chevrolet Corvette Stingray received the car award, and the truck was the Silverado. The Chevy sweep came after General Motors Co. made the most appearances on this year's list finalists, which also included the Cadillac CTS and Mazda3 on the car side and Acura MDX and Jeep Cherokee on the truck/utility side.

The awards always kick off the press preview days for the North American International Auto Show, though they aren't affiliated with the show. Forty-eight full-time automotive journalists vote on winners from the list of finalists.

The win for the Corvette, which starts at just under $52,000, is a strong point of pride for the company. The Stingray debuted exactly one year earlier and represents a redesign of a model that's been in production for 60 years.

"Everything that's in the factory is pretty much customer sold," he said.

Batey added that the Chevrolet brand isn't as healthy as it needs to be globally, but the independent awards should help show that the brand and automaker are "on the move."

Sweeps are a frequent feature in the awards program: GM also nabbed the truck honor for the Silverado in 2007, while the car award that year went to the Saturn Aura. Ford pulled off a double-win in 2010 with the Fusion Hybrid and Transit Connect. Honda's Ridgeline and Civic pulled it off in 2006.

A vehicle must be all new or substantially changed to be eligible for the awards, now in their 21st year.

Organizers accept no advertising, though carmakers try to capitalize on the marketing value of the honors.

Incoming GM Chief Executive Mary Barra, who attracted a throng of moving journalists as she left the hall where the awards were announced, said the sweep shows that designers, engineers and product development specialists "sweated the details." The awards, she said, should translate into customers at least considering the Chevrolet brand.