Fitch: Impacts Of GM Recall Will Be 'Quite Manageable'

Find out how the GM recall will impact the company's ratings and financial outlook. This review looks at legal fees, direct recall costs, brand impact, and the use of senior management's time. 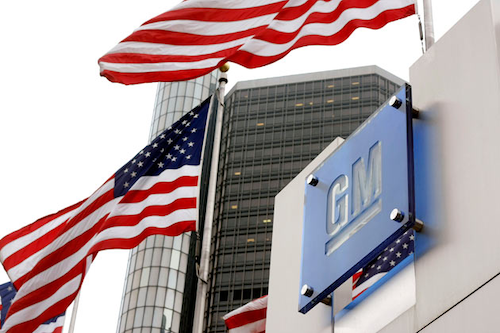 CHICAGO--(BUSINESS WIRE)--General Motors Company's (GM) recall of faulty ignition switches in 1.6 million vehicles primarily presents reputational risk for the company, although follow-on costs could mount, according to Fitch Ratings. A federal probe examining the length of time it took GM to announce the recall and the near-continuous stream of negative headlines related to it could exacerbate the situation. We do not currently expect the recall to have an effect on GM's ratings or Outlook, but we are monitoring the situation closely as more information becomes available.

We believe direct costs associated with the recall, along with any associated fines, will likely be manageable and will not affect the company's credit profile. The cost of the part itself is estimated to be low and changing the switch should be a simple and relatively quick process. We estimate that the cost of the recall could be less than $100 million. We also view GM's offer of a $500 incentive toward the purchase of a new vehicle as having a limited financial impact on the company as well.

Any potential fine from the National Highway Traffic Safety Administration (NHTSA) would probably be capped at $35 million, which we view as quite manageable given the company's cash generating capabilities.

Legal costs associated with lawsuits that are likely to be filed are unknown and could pose more of a risk. Lawsuits tied to accidents that occurred prior to GM's 2009 bankruptcy may be considered prepetition claims, but the actual impact on GM will depend on how the courts view these claims and what legal avenues might be available to plaintiffs. Any settlement costs could be significant as well. GM will also incur legal costs associated with its own internal investigation into the matter.

The longer term impact to the brand will largely depend on the company's handling of the situation. The vehicles affected by the recall have all been out of production for a number of years, and there are no indications that any vehicles currently in production have similar issues. However, potential customers could be concerned about the internal workings of the company that led to the apparent delay in deciding to recall the vehicles. GM's management will need to convince potential customers that the internal issues that led to the recall delay have been rectified.

Indirectly, another cost of the recall is the time that senior management will spend focusing on it. GM currently has several significant restructuring actions underway globally, as well the launch of key new vehicles. The recall is likely to divert some management attention away from these other important activities at a critical time for the company. That the company's top senior leaders are relatively new to their positions could add to the challenges.

The above article originally appeared as a post on the Fitch Wire credit market commentary page. The original article can be accessed at www.fitchratings.com. All opinions expressed are those of Fitch Ratings.