Attorneys for a church in Manhattan are asking a federal judge in Delaware to prohibit Wal-Mart from sending its annual proxy statement to shareholders because it doesn't include its proposal for a shareholder vote involving gun sales. 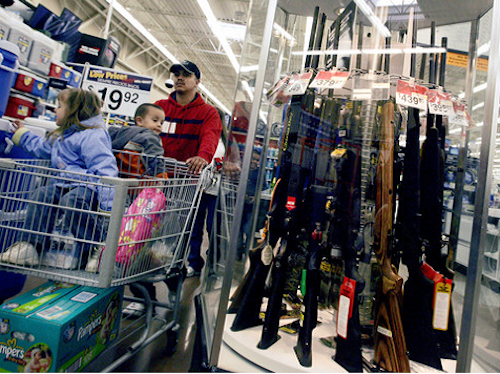 WILMINGTON, Del. (AP) — Attorneys for a church in Manhattan are asking a federal judge in Delaware to prohibit Wal-Mart from sending its annual proxy statement to shareholders because it doesn't include its proposal for a shareholder vote involving gun sales.

The Episcopal parish that includes Trinity Church on Wall Street wants shareholders to vote on whether the board of Wal-Mart Stores Inc. should oversee management policy decisions on whether to sell products considered especially dangerous, harmful to Wal-Mart's reputation, or offensive to community and family values.

The proposal is aimed particularly at sales of guns with magazines holding more than 10 rounds.

Wal-Mart says it is not required to include the proposal in its proxy statement because it deals with ordinary business operations, an argument accepted by the Securities and Exchange Commission.