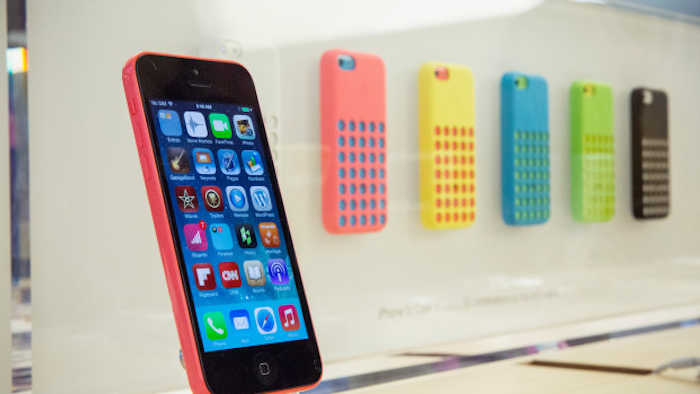 The report by state attorneys general, prosecutors, police and other officials from a year-old initiative called "Secure Our Smartphones" said Google and Microsoft will incorporate a kill switch into the next version of their operating systems on smartphones. The three systems — Android, iOS and Windows Phone — are used in 97 percent of smartphones in the U.S.

"The statistics released today illustrate the stunning effectiveness of kill switches, and the commitments of Google and Microsoft are giant steps toward consumer safety," he said. The report noted a Consumer Reports estimate that 3.1 million mobile devices were stolen nationally in 2013, double a year earlier.

In New York City, robberies of Apple products fell 19 percent while grand larcenies dropped 29 percent in the first five months of 2014 compared with a year earlier, according to the report. Robberies and grand larcenies involving a Samsung smartphone, which didn't have a kill switch during much of that time, rose more than 40 percent. Samsung introduced a kill switch in April.

Crime data from police in San Francisco and London, comparing the six months before Apple's switch to the six months following, showed similar trends, according to the report.

San Francisco District Attorney George Gascon, also part of the initiative, said that the statistics prove that a technological solution to prevent theft was possible. He called for legislation "at all levels" to make anti-theft solutions mandatory.

"Compared to all of the cool things smartphones can do these days, this is not that advanced," Gascon said. "I believe ending the victimization of millions of Americans is the coolest thing a smartphone can do."

Google spokesman Christopher Katsaros said Thursday the next version of Android will include "a factory reset protection solution to help deter smartphone theft." The company plans to release more details shortly, he said.

Microsoft plans to offer "theft-deterrent features" as an update for all phones running Windows Phone 8.0 and newer, subject to mobile operator and phone manufacturer approvals by July 2015, vice president Fred Humphries posted online Thursday. It will update the Find My Phone feature, making it capable of remotely erasing personal data, rendering phones inoperable by unauthorized users except to call 911 and prevent reactivation without the authorized user's permission. It will allow reactivating phones recovered by authorized users and restore erased data stored in the cloud, he wrote.

Apple did not immediately reply to requests for comment.

The iPhone switch is an opt-in feature, requiring users to enable it by touching a series of buttons: settings, iCloud, Find My iPhone. It allows the user to locate the phone on a map and remotely lock or erase it. The initiative, with 29 state attorneys general, dozens of prosecutors, police and other officials as members, advocates kill switches as standard features where users would have to opt out.

Minnesota last month became the first state to mandate a kill switch on all smartphones tablets sold in the state effective July 2015.