The Next Big Thing in Aviation Is Small

With some no bigger than a hummingbird, the hottest things at this week's Farnborough International Airshow are tiny compared with the titans of the sky, such as the Airbus 380 or the Boeing Dreamliner. 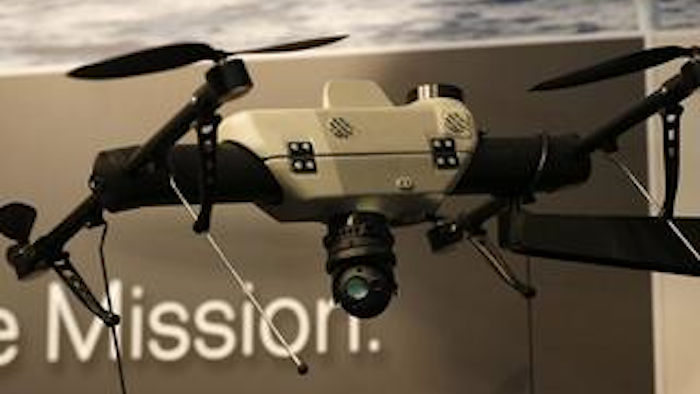 LONDON (AP) -- The next big thing in aviation may be really small.

With some no bigger than a hummingbird, the hottest things at this week's Farnborough International Airshow are tiny compared with the titans of the sky, such as the Airbus 380 or the Boeing Dreamliner.

What's got aviation geeks salivating at Farnborough, this year's biggest aviation jamboree that features participants from 40 countries, are the commercial possibilities of unmanned aerial vehicles — drones to most of us.

Drones are more commonly known for their use in conflict areas. This week Hamas launched for the first time an unmanned drone into Israeli airspace that was shot down.

But drones, which can weigh less than an ounce, have potential commercial applications that are vast. The industry, military and non-military, is growing and could according to some see investments of nearly $90 billion over the next ten years.

Experts say they can be adapted to fly over fields to determine when crops need watering, fly into clouds in hopes of offering more precise predictions on twisters, track endangered rhinos, spot wildfires and search out vast stretches of land for missing children.

And like the dawn of the era of aviation a little over a century ago, innovations are often being conducted by individuals with an idea and endless enthusiasm. They won't find it easy though as the big players in the markets, such as Boeing and Airbus, are also getting involved.

A lot of the research has been taking place in big flat places such as the Plains States, where a broad expanse of land combines with universities near military bases with air space exclusions to make research possible.

Where California had Silicon Valley to drive its high-tech industries, America's central belt from North Dakota to Texas could become a new research and commercial center for the aviation industry — the Silicon Plains.

"This is open country for entrepreneurs," said Stephen McKeever, Oklahoma's secretary of science and technology. "There will be a Steve Jobs."

But things are a bit on hold at the moment for the American makers of unmanned air vehicles, or UAVs, as they await rules from the Federal Aviation Administration. Under current rules, you can legally fly drones for "recreational purposes," as long as you comply with certain basic guidelines — such as keeping well clear of airports.

Commercial operations are only allowed with special authorization, a cumbersome process that the government intends to streamline. Once they are able to do this, McKeever suggests the situation will be akin to the land rush that sent land-hungry settlers scurrying to his state in 1889.

The FAA is developing regulations to permit the widespread commercial use of drones while protecting privacy and preventing interference with larger aircraft. As part of this process, the FAA in December selected six test sites around the country where research on drones will be conducted in a variety of environments.

North Dakota is one of them, and Brian Opp, manager of aerospace business development for the North Dakota Department of Commerce, is at Farnborough, promoting the virtues of the weather. In other words, if your drone can work in the midst of a freezing North Dakota winter or its scorching summer, it will work anywhere.

The Teal Group, which offers analysis of the aviation industry, estimates that $89.1 billion will be spent on drones in the next decade, the bulk of which will still be military.

Philip Finnegan, director of corporate analysis for the group, said commercial UAVs need to test to see what is possible.

"It's pretty clear it will work, but it's going to depend on application, and at this point the companies can't even test that," said Finnegan.

Areas such as the Great Plains will face tough completion, not least from Australia, where regulators have been more forgiving of research than their U.S. counterparts. Japan, also, is a big user of drones, particularly in agriculture.

When, and if, the U.S. regulations relax, companies, such as AeroVironment of Monrovia, California, which have been making military drones, have said they are ready to pounce.

In the meantime, researchers are experimenting with ideas such as a drone that looks like a hummingbird, hovers like one and weighs about as much as a Triple A battery.

"It's just fun," said Roy Minson, the company's senior vice president. "It's the sort of thing we used to dream about as kids."

Those interested in commercial aspects of such vehicles or systems have hesitated to even call their products drones for fear of association with those used for military purposes.

But they seem to be coming around to the fact that drone slips off the tongue a bit easier than unmanned vehicle system.

"I think we need to redefine the word drone," McKeever said. "The public will embrace it."