U.S. health authorities have eased safety restrictions on an experimental drug to treat Ebola, a move that could clear the way for its use in patients infected with the deadly virus.

WASHINGTON (AP) -- U.S. health authorities have eased safety restrictions on an experimental drug to treat Ebola, a move that could clear the way for its use in patients infected with the deadly virus.

The company has a $140 million contract with the U.S. government to develop its drug, TKM-Ebola, which targets the genetic material of Ebola. But last month the FDA halted a small study of the injection in adults to request additional safety information.

Tekmira said Thursday the agency "verbally confirmed" changes to the hold that may allow the company to make the drug available, although it has yet to be proven as safe and effective.

Two Americans diagnosed with Ebola recently received a different experimental drug called ZMapp, made by Mapp Biopharmaceutical Inc. of San Diego. It is aimed at boosting the immune system's efforts to fight off Ebola and is made from antibodies produced by lab animals exposed to parts of the virus.

The U.S. aid workers were first treated in Liberia. And while the FDA must grant permission to use experimental treatments in the United States, it does not have authority over the use of such a drugs in other countries.

The FDA's move Thursday comes amid an Ebola outbreak in West Africa that health officials warn could sicken more people than all previous outbreaks of the disease combined. More than 1,700 people have been sickened in the current outbreak, which began in March. Nearly 1,000 have died, according to the World Health Organization.

Currently, there are no licensed drugs or vaccines for the deadly disease. Several are in various stages of development, but none have been rigorously tested in humans.

The FDA in March granted Tekmira "fast track" status for its Ebola drug, a designation designed to speed up approval of high-priority drugs by granting companies extra meetings with FDA scientists. Early studies of TKM-Ebola in monkeys suggested it could block high doses of the Ebola virus. But on July 21, the company based in Vancouver, British Columbia, announced the FDA had halted a small dosing study of the drug in 28 healthy adults. The company said regulators had questions about a type of drug reaction that can cause nausea, chills, low blood pressure and shortness of breath.

Tekmira's CEO Mark Murray praised the FDA for modifying the restriction on Thursday.

"We have been closely watching the Ebola virus outbreak and its consequences, and we are willing to assist with any responsible use of TKM-Ebola," Murray said. "The foresight shown by the FDA removes one potential roadblock to doing so."

FDA spokeswoman Stephanie Yao said she could not confirm the company's announcement since FDA regulations bar the agency from disclosing information about experimental drugs. She did note that the agency places clinical holds on studies based on the risks and benefits to patients. Patients in the Tekmira study were healthy volunteers. 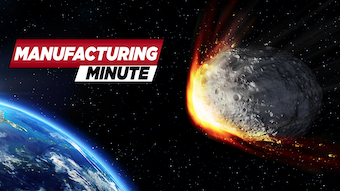 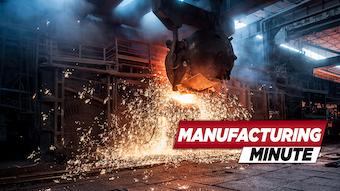 The sector may be forced to write down as much as $70 billion in assets.
Jul 13th, 2021
Follow Us
Most Recent