April A Hit-Or-Miss Month For Automakers

Toyota and Chrysler saw big U.S. sales gains in April, but they came at the expense of General Motors and Ford. 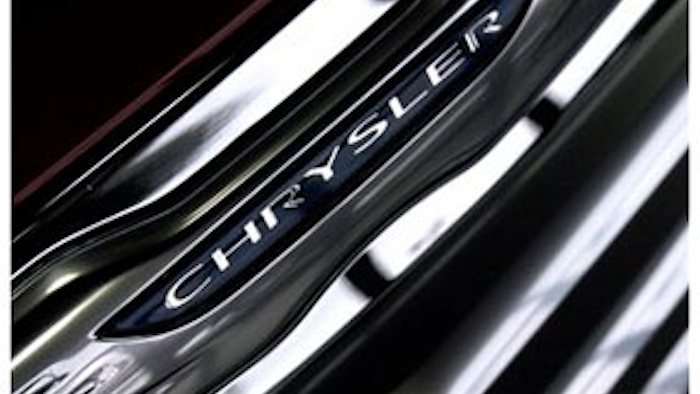 DETROIT (AP) — Toyota and Chrysler saw big U.S. sales gains in April, but they came at the expense of General Motors and Ford.

Automakers are reporting sales throughout Tuesday. When they're finished, industry-wide sales are likely to rise only a little above April of 2011, and the annual pace is expected to slow somewhat from February and March. But automakers and analysts aren't concerned, noting that this April had more Sundays than last year and fewer cars are sold on Sundays

Toyota sales rose 12 percent as its inventories finally returned to pre-earthquake levels. Chrysler posted a 20-percent rise in sales. Its top sellers included the Ram pickup and Chrysler 200 midsize sedan, which benefited from big rebates of $2,000 or more, analysts said.

GM remained optimistic about industry-wide auto sales in the U.S. It increased its full-year forecast to 14 million to 14.5 million cars and trucks, up from 13.5 million to 14 million, citing strength in manufacturing and retail businesses that could boost employment. When more people have jobs, or feel good about hiring, they're more likely to buy big-ticket items such as cars.

Here's what The Associated Press' reporters are finding:

Toyota has fully recovered from its factory slowdowns after last year's Japan earthquake and Thailand flooding. It's got some new products in the market like the Camry midsize sedan that are starting to regain market share, says Tom Libby, lead North American forecasting analyst for the Polk research firm.

"We have a situation now where every manufacturer is pretty much going all-out and does not have a lot of restrictions," Libby says.

GM, though, doesn't think one month doesn't represent a permanent sales shift. Toyota, VW and Chrysler all had relatively low sales in April of 2011, and some were aggressive in selling cars to large fleet buyers, says Don Johnson, GM's U.S. sales chief.

Sales of the Fiesta subcompact dropped 44 percent. Besides losing sales to the Focus, the Fiesta is facing new competition from the Chevrolet Sonic and Prius C.

Sales of the small SUV Escape dropped 20 percent as the company clears out old models to make room for a new version which goes on sale later this spring.

Ford also is hurting from the decision to discontinue the Ranger small pickup. Ranger sales dropped 63 percent from last April, and the truck will soon be gone from dealers' lots. Ford will be able to move some of those buyers into its larger F-Series trucks, but some may go to other brands.

Buick, Cadillac and Chevy sales were down. Only GMC had an increase, and it was small at 4.5 percent.

GM said sales to rental car companies dropped 25 percent for the month. Retail sales to individual buyers were flat. Sales of the Cruze, a big seller since it was introduced in 2010, fell almost 30 percent last month. Lower sales to rent car companies hurt the model, but analysts also noted that Toyota and Honda have full supplies of competing cars such as Civic and Corolla.

The company ended April with enough vehicles in inventory to supply dealers for 79 days. That's more than the 60 days considered optimal. The company had 121-day supply of big pickup trucks, down slightly from March. GM is building up pickup inventory as it prepares to close factories and equip them to make an all-new pickup due out in 2013.

The company's top-selling Ram pickup saw sales jump 19 percent last month. Chrysler also was helped at the smaller end of the lineup. It sold more than 3,800 Fiat 500 mini-cars, four times the sales from a year earlier.

The company is forecasting an annual selling rate of 14.6 million cars and trucks, on the high end of analyst predictions.

At the end of April, Chrysler had enough cars and trucks to supply its dealers for 59 days. That's just below what's considered optimal. And it's far better than the Chrysler of old, which often had cars and trucks piled up on Detroit-area parking lots because dealers wouldn't take them.

Gas prices appear to have peaked. After a four-month surge lifted gasoline to nearly $4 per gallon in early April, drivers, politicians and economists worried that prices might soar past all-time highs.

Instead, pump prices have dropped 12 cents over the past month to a national average on Tuesday of $3.81.

Automakers spent an average of $2,071 per vehicle to discount cars and trucks in April. That was down nearly 2 percent from April 2011, and the lowest level since October 2005.

"This is the clearest indication yet that consumer motivation is high and that automakers feel little pressure to rely on incentives in order to keep sales churning," says Edmunds.com Senior Analyst Jessica Caldwell. She sees incentives at low levels until auto sales ease off the torrid pace set so far in 2012.