The last sugar mill in Hawaii has wrapped up its final harvest. The last cane haul at Hawaiian Commercial & Sugar Company was set for Monday, Dec. 12. 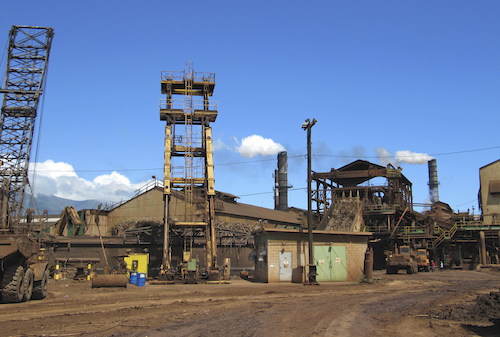 The last sugar mill in Hawaii has wrapped up its final harvest. The last cane haul at Hawaiian Commercial & Sugar Company was set for Monday, Dec. 12.

About half of the 650 employees have already been laid off, the Associated Press reports. More than 140 have found other jobs, according to the company. A transition team is helping the workers adjust.

According to the AP, parent company Alexander & Baldwin announced in January that it would phase out sugar production this year. The company reported a roughly $30 million agribusiness operating loss in 2015.

"Hawaii produced over a million tons of sugar per year for over 50 years. At one time that was 20% of all the sugar that was consumed in the United States," Robert Osgood, a retired consultant for the Hawaii Agriculture Research Center and co-author of From King Cane to the Last Sugar Mill, told Hawaii News Now.

Competition with low-cost sugar producers worldwide has played its part in the closure and consolidation of Hawaii’s other sugar farms over the years. A&B also faced court battles over water rights and the public health effects of burning off cane leaves before harvests.

"The community on Maui has changed quite a bit. We've got a lot more urbanized areas and some of the nuisances that are associated with agriculture, especially sugar cane, definitely contributed to that," Rick Volner, HC&S plantation general manager, explained.

A&B plans to transition its 36,000-acre property into diversified agriculture.