Rexnord Corp. has confirmed that it will close its Indianapolis bearings plant and move work from the facility to a plant in Mexico. 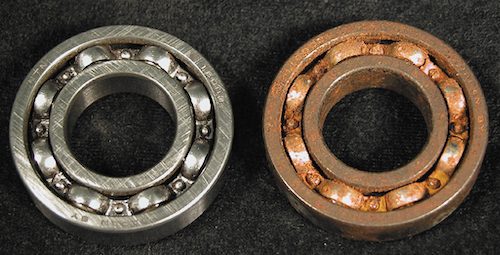 INDIANAPOLIS — Rexnord Corp. has confirmed that it will close its Indianapolis bearings plant and move work from the facility to a plant in Mexico.

The Milwaukee-based company said in a statement Monday that Rexnord and United Steelworkers Local 1999 union reached a "mutual agreement" on the issue. Rexnord says "we recognize the impact on our associates, their families and the Indianapolis community."

The company last month announced tentative plans for the shutdown. The west side plant employs about 290 members of Local 1999, plus salaried workers.

Indianapolis Mayor Joe Hogsett says he's "incredibly disappointed in Rexnord's decision to disregard the experience, the investment, the sacrifice and the good faith efforts of their long-time employees with the decision to uproot this plant and move 300 good-paying Indianapolis jobs to Mexico."