Orders to U.S. factories increased a modest amount in September even though a key category that tracks business investment plans fell by the largest amount since February. 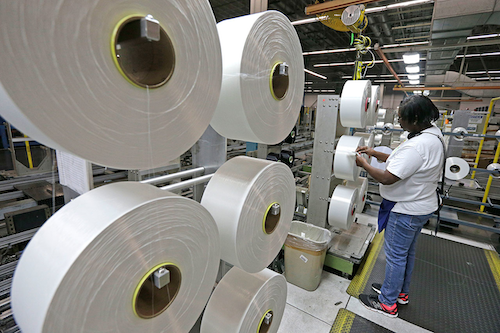 WASHINGTON — Orders to U.S. factories increased a modest amount in September even though a key category that tracks business investment plans fell by the largest amount since February.

Factory orders edged up a slight 0.3 percent in September following a 0.4 percent advance in August, the Commerce Department reported Thursday. Orders in a category that serves as a proxy for business investment fell 1.3 percent, reversing a 1.2 percent increase in August. It was the biggest decline in the investment category since a 2.1 percent plunge in February.

The hope is that manufacturers, who have been battered all year by a strong dollar and global weakness, will begin to see an improvement. Analysts think that the September drop in the investment category, non-defense capital goods orders excluding aircraft, will be temporary.

Orders for durable goods, items expected to last at least three years, fell by 0.3 percent in September, slightly worse than the 0.1 percent decline estimated last week in an advance report. Demand for non-durable goods, items such as chemicals and paper, increased 0.9 percent after a 0.5 percent rise in August.

The weakness in durable goods reflected in part a big drop in demand for military aircraft, which fell 47.6 percent. Demand for commercial aircraft rose 12.1 percent.

Orders for machinery were up 1.1 percent in September while demand for computers fell 4.7 percent.

In addition to the strong dollar, which makes U.S. exports more expensive on overseas markets, U.S. manufacturers have had to contend this year with sharp cutbacks in investment spending by energy companies in the face of big declines in global oil prices.

But there are signs that the energy cutbacks are coming to an end. Orders for mining and oil field equipment rose 12.6 percent in September after gains of 5.7 percent in August and 48.4 percent in July. Even with the recent gains, spending in this category is down 54.9 percent this year compared to the same period in 2015.

On Tuesday, the Institute for Supply Management reported that its closely watched manufacturing index rose to 51.9 in October, up from 51.5 in September. Anything above 50 signals growth in manufacturing. Analysts saw that gain as evidence that manufacturing is starting to rebound after a weak showing in the first half of the year.