A startup aerospace company has chosen Tucson for its headquarters and a plant to manufacture rockets to carry small satellites into space. 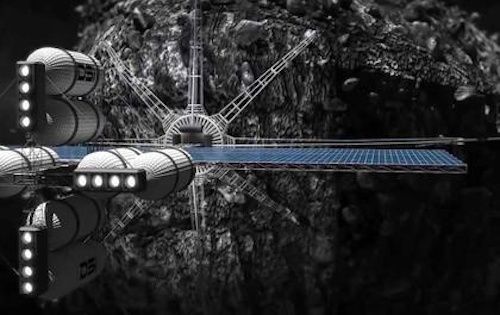 "With cutting edge companies like Vector Space Systems continuing to locate in Arizona, it is no wonder our state is rankednumber one for aerospace manufacturing attractiveness by PwC," said Arizona Governor Doug Ducey. "Vector Space Systems is precisely the type of innovative, 21st century company we are working to attract to Arizona through our pro-business policies, and an excellent addition to southern Arizona's already thriving aerospace industry. I thank Vector Space Systems for its commitment to and confidence in our state."

Vector's decision to locate its launch vehicle factory in Arizona and place it in Pima County's Aerospace, Defense and Technology Business & Research Park emphasizes its belief in the bright future of Southern Arizona's aerospace manufacturing industry. The partnership between the County, State and Vector will bring together the spirit of innovation and entrepreneurship in an effort to make Arizona one of the fastest growing technology hubs in the nation.

"Vector Space Systems has decided to make Tucson the home for its headquarters and manufacturing facilities by relocating to the Pima County Aerospace, Defense and Technology Business & Research Park," said Jim Cantrell, CEO and co-founder of Vector Space Systems. "While Vector's eyes are focused on the stars, our home is in Arizona because we believe in its potential as a competitive tech hub, and we're honored to have the opportunity to contribute toward its economic development in the aerospace manufacturing industry."

Vector, a disruptive company that connects space startups and innovators with affordable and reliable space access, officially launched in 2016 to build launch vehicles for micro satellites. The company, whose vision is to reshape the multi-billion launch market, combines dedicated low-cost micro satellite launches (Vector Launch) and software defined satellites (Galactic Sky) to dramatically increase access and speed to orbit. Vector will use the Pima County Aerospace, Defense and Technology Business & Research Park to manufacture its Vector-R and Vector-H launch vehicles that will be transported to sites in Alaska and Floridato launch micro-satellites into orbit.

"With this announcement, Vector Space Systems becomes the second tenant of the County's Aerospace, Defense and Technology Business & Research Park in the Sonoran Corridor, joining World View," said Chuck Huckelberry, Pima County'sadministrator. "These locally grown aerospace companies are locating to an area acquired by the County in its effort to protect Raytheon Missile Systems from residential encroachment. Raytheon has welcomed these fellow aerospace manufacturers and these three companies combined are creating a gravitational pull of other aerospace companies interested in locating to the park. I congratulate Vector Space Systems on its expansion and expect they'll be seeing a few new neighbors in the near future."

"Helping our local businesses grow and prosper is as important to the County's economic and job growth as attracting new companies in town, if not more so," said Sharon Bronson, chair of the Pima County Board of Supervisors. "Our country has embarked on an exciting new era of commercial space flight, and I am immensely proud that Pima County is able to assist an imaginative local company like Vector Space Systems, which is in the vanguard of this new race to space."

"The Arizona Technology Council applauds Pima County, the City of Tucson and Arizona Commerce Authority for this extraordinary opportunity for our region and state," said Alex Rodriguez, vice president of the Arizona Technology Council. "The space technology industry is well underway in Arizona, and we believe Vector Space Systems is a powerful example of what is possible in Arizona regarding the technology and innovation agenda."