A lawsuit recently filed by the U.S. Department of Labor against U.S. Steel is seeking to reverse the disciplinary action taken against these employees and amend the company’s immediate reporting policy. 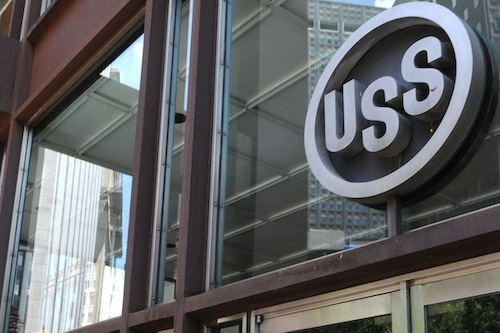 PITTSBURGH, PA — In 2014, two U.S. Steel Corp., employees reported injuries that may have resulted from worksite incidents occurring a few days earlier. At the time of the incidents, the employees were unaware they had suffered injuries, as symptoms did not develop until later. When the workers realized and reported their injuries, U.S. Steel suspended both workers without pay for violating the company’s immediate reporting policy.

A lawsuit recently filed by the U.S. Department of Labor against U.S. Steel is seeking to reverse the disciplinary action taken against these employees and amend the company’s immediate reporting policy.

“U.S. Steel’s policy discourages employees from reporting injuries for fear of retaliation,” said Richard Mendelson, OSHA regional administrator in Philadelphia. “Because workers don’t always recognize injuries at the time they occur, the policy provides an incentive for employees to not report injuries once they realize they should, since they are concerned that the timing of their report would violate the company’s policy and result in some kind of reprimand.”

Both workers suffered injuries in February 2014. On Feb. 12, a full-time utility technician at U.S. Steel’s Clairton Plant, in Clairton, Pennsylvania, found a small splinter lodged in his thumb and extracted it himself. He completed his shift without further incident. Two days later, his thumb and hand were swollen noticeably, and he received medical treatment for an infection. When he reported the incident to his supervisor, the company imposed a five-day suspension without pay for his violating the company’s policy. U.S. Steel later reduced the suspension to two days.

On Feb. 15, a full-time laborer at the company’s Irvin Plant in West Mifflin, Pa., bumped his head on a low beam. The employee was wearing a hardhat and didn’t feel any pain or notice any discomfort at the time. However, several days later, he experienced stiffness in his right shoulder and sought medical treatment, which his representative reported to U.S. Steel as a possible worksite injury. When he met with U.S. Steel’s representative to discuss the issue, the company suspended him for five days without pay.

Both workers filed complaints with the department’s Occupational Safety and Health Administration alleging that U.S. Steel had suspended them in retaliation for reporting workplace injuries. The agency found that in both cases, the company violated the anti-discrimination provision of the Occupational Safety and Health Act, or Section 11(c), when the company used its immediate reporting policy as a basis for sanctioning employees who reported injuries “late.”

To date, U.S. Steel has failed to rescind its discipline of either worker in addition to refusing to alter or amend its immediate reporting policy to allow for a reasonable period of time for employees to report worksite injuries.

Filed in the U.S. District Court for the District of Delaware, the suit seeks the following:

The Department’s Regional Office of the Solicitor in Philadelphia is litigating the case.