Thousands of North Dakota oil wells could remain shut down for an additional year following a decision reached this week by the North Dakota Industrial Commission. 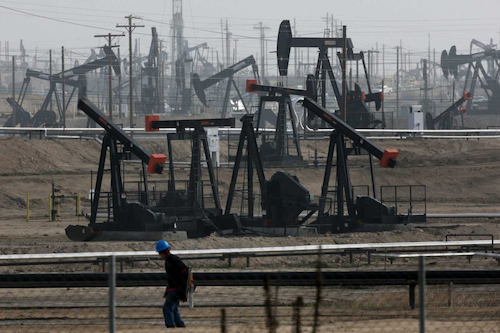 Thousands of North Dakota oil wells could remain shut down for an additional year following a decision reached this week by the North Dakota Industrial Commission.

The Associated Press reports that the commission agreed to extend the time in which wells can remain idle from 12 months to 24 months.

Previously, producers were required to either resume production or plug idle wells after one year. Many, however, remain offline due to crude oil prices that plummeted to half their value between July 2014 and January 2015.

Prices are currently hovering at less than one-third of their mid-2014 value.

North Dakota Petroleum Council President Ron Ness told the AP that the extension would give companies time to wait for better prices and said that they "don't want to walk away" from those wells.

The decision applies to the state's approximately 3,100 "stripper" wells that often produce only several barrels of oil per day. Currently, about 1,180 are idle.

The commission -- which is comprised of the state's Republican governor, attorney general and agriculture commissioner -- previously authorized companies to wait up to two years to between drilling a well and beginning to extract oil.