Spain's national police says it has deployed sniffer dogs to help investigate a large fire that destroyed one of the country's largest meat plants last month in the northern city of Burgos. The Campofrio fire caused evacuation plans throughout the entire city. 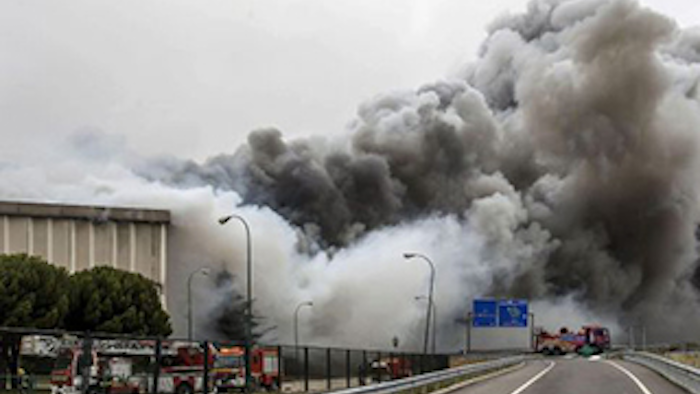 MADRID (AP) — Spain's national police says it has deployed sniffer dogs to help investigate a large fire that destroyed one of the country's largest meat plants last month in the northern city of Burgos.

The fire on Nov. 16 gutted the Campofrio plant where 1,000 employees had worked, causing evacuation of parts of the city.

Police say dogs trained to detect fire accelerants have been brought onto the site. They were not deployed earlier because of the dangerous condition of the ruined plant.

The company's owners have said they want to rebuild the plant, which produced ham and sausages, but the future of the workforce remains uncertain during the two-year period that the reconstruction work is expected to take.

Campofrio is Europe's largest producer of packaged meat, with operations in eight countires.