By the end of the next year, the chain says the dozens of ingredients on its "No No List" will be banished from its menu. Some of the ingredients are already gone, while others are in the process of being expunged. 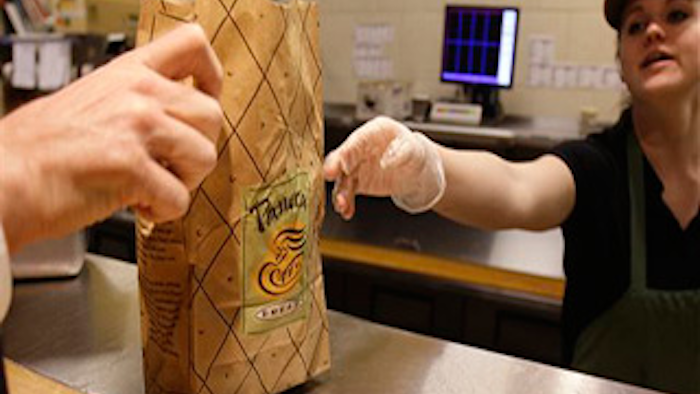 NEW YORK (AP) — Panera Bread is the latest company to tout the removal of artificial ingredients, adding fuel to the debate over whether that improves food quality or is just a marketing tool.

By the end of the next year, the chain says the dozens of ingredients on its "No No List" will be banished from its menu. Some of the ingredients are already gone, while others are in the process of being expunged.

Panera isn't alone. A range of food companies have announced they would remove various ingredients in response to customer feedback. Some high-profile examples from just last month: PepsiCo said it was dropping the artificial sweetener aspartame from Diet Pepsi, and Kraft said it would remove artificial dyes from its mac and cheese. Chipotle also declared its menu to be free of genetically modified ingredients.

The trend has also sparked a backlash. Some say food activists such as Vani Hari, known as the Food Babe, ignore science and stoke fears about ingredients that pose no harm.

Mike Jacobson, executive director for the Center for Science in the Public Interest, applauded the decision by Panera to remove artificial dyes and other ingredients.

But he said the removal of some innocuous ingredients are "more about public relations than public health," and that for people eating a 1,000-calorie panini, food additives should be the least of their concerns.

Here's what Panera CEO Ron Shaich had to say in a conversation with The Associated Press, edited for brevity and clarity:

A: People are continuing to be much more conscious of what they put in their bodies.

I want to serve everyone the food I want my daughter to eat. And if I feel uncomfortable about serving her some of this stuff, I don't want anyone else to eat it.

Q: What is the definition of healthy? Some executives say it's changing.

A: The scientific community and consumers get that food that is less processed and closer to a more natural state, made from the kind of ingredients that you can understand, are better for you.

Part of where we're trying to go, we want them to be able to trust that the food they get at Panera is clean, and not even have to think about it.

Q: What do you think is driving the "clean label" movement?

A: I think people get that a lot of what we have done with the food system — in terms of driving shelf life, in terms of being easier to process — is not actually necessarily good for people, and may very well be part of the problem.

Q: What do you say to the backlash to the clean label movement, that people are afraid of ingredients that aren't dangerous or bad for you?

A: Here's how I see it: "Discretion is the better part of valor." I'm not debating it. I'm not a scientist.

The reality, like everything, is "hey, it may not help you," all the way to "this could cause cancer." I can't answer that. I'm not involved in the science. But I am clear that I can make better food with less processing. So why not?

Q: How does this affect taste?

Our mission was to make these changes without materially changing the taste profiles. And I started to eat it and said, "You guys are wrong, taste this."

This stuff tastes great. You can taste the difference. It doesn't have that coating on your tongue.

Q: What are the trade-offs of not using the "no-no" ingredients?

A: Less shelf life. So our whole system needed to evolve. The reason this stuff got in here isn't bad people. It was, "I've got this chemical, I can give you another two weeks of distribution." ''I got this chemical, it will mean that when you make this product it will be manufactured in half the time."

That's how this stuff came about. And nobody actually knew the implications back then of what it meant. So you have to re-engineer the whole system to pull this off.

Q: How does this change costs?

A: It's a lot of work, but rosemary doesn't necessarily cost more than titanium dioxide or whatever it is.

When we first did antibiotic-free chicken, it was dollars a pound more money. Today, it's pennies a pound more. We have such economic scale, we can change the market.