Instagram is an increasingly important part of small businesses' social media strategies. It's helping them drive sales, gain customers and develop their brand. The app is especially helpful to restaurants, bakeries and other businesses that sell items that photograph well. 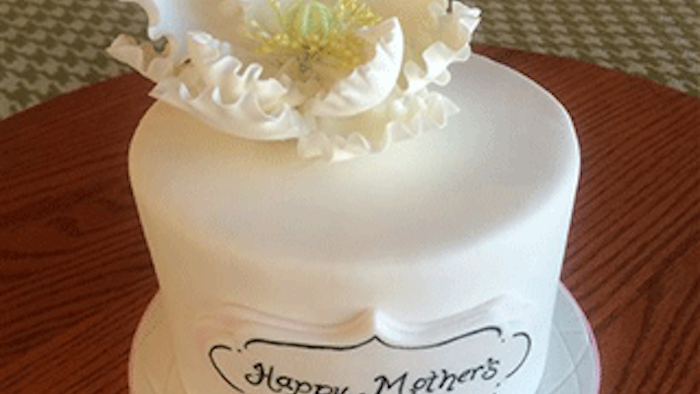 NEW YORK (AP) — A picture is worth thousands of dollars for Limelight Extensions.

Colorful styles get the most attention. Plater still gets calls about a photo of herself that she uploaded two months ago. In it, she's wearing long, black curly hair extensions with the ends dyed bright orange. That photo alone has generated about $10,000 in sales.

"Without Instagram I couldn't tell you where we would be right now," she says.

Instagram is an increasingly important part of small businesses' social media strategies. It's helping them drive sales, gain customers and develop their brand. The app is especially helpful to restaurants, bakeries, clothing stores, hair salons and other businesses that sell items that photograph well.

To boost Limelight Extensions' followers, Plater pays local models and reality show stars to promote the company on their accounts. Payment is either a percentage of sales, a flat rate or free hair. In return, they post photos of themselves wearing the extensions with a link back to Limelight Extensions' Instagram account. The company has more than 27,000 followers.

Yumbox is trying a similar strategy. The Doylestown, Pennsylvania-based company makes colorful lunch boxes with portioned sections meant to teach kids balanced eating. It recently paid a well-followed health food blogger to post a photo of a food-filled Yumbox. The post spiked traffic to its website and doubled its Instagram followers to nearly 5,000.

REACHING OUT TO CUSTOMERS

There are cheaper ways to build followers. Yumbox reposts customer photos. Devitt and co-owner Maia Neumann scour Instagram for photos others have posted using Yumbox as a hashtag. (A hashtag is a word or sentence that begins with the pound sign (#), such as #yumbox. Using a hashtag, which is clickable, makes it easier for users to find all the pictures about one topic.)

Devitt says reposting encourages more people to share photos of their own Yumbox, getting the boxes in front of even more eyes.

Women's clothing shop and online store UOI Boutique broadcasts its customers' Instagram photos on its website. When someone uploads a picture of a skirt or top or necklace on Instagram with the hashtag #uoionline, it automatically shows up on uoionline.com. The Sterling, Illinois, company also asks its 25 workers to take at least one photo with their smartphone during their shifts. The best are uploaded to UOI Boutique's Instagram account.

The right hashtag can attract customers from far away. Brooke Sacco, the owner of Behind The Moon, a shop that sells used and new kids clothing in Hammonton, New Jersey uploaded a photo of a pair of outfits with the hashtag of the clothing's brand name. A potential customer in Dallas was searching for that brand on Instagram and asked Sacco to send the $7 dress and romper to Texas. It was the first time Sacco had shipped clothing to customers since she opened the store in April.

She tries to post six photos a day, complete with hashtags.

But it's not just about posting pictures of products. Dyer and Jenkins, an online seller of men's clothing, reinforces that its jeans and T-shirts are made in America through Instagram. Owner Josey Orr posts three photos a day to the Los Angeles company's Instagram account and has a rule: 20 percent of the photos are of Dyer and Jenkins clothing and 80 percent are photos of weathered American flags, classic cars or West Coast highways. The account has more nearly 11,000 followers. (As a comparison, big clothing brands such as J. Crew has more than 500,000 followers and Urban Outfitters has nearly 1.5 million.)

"It's more about the brand and less about selling products," says Orr.

That's also true for Hawaiian hot sauce maker Adoboloco. "We use Instagram to show what we're doing in our lives and outside of the business," says owner Tim Parsons.

He posts photos from the Hawaiian farm where some of the chili peppers used in the sauces are grown. There are also lots of pictures of Maui's sandy beaches and french fries, eggs and other meals drenched with Adoboloco's hot sauce.

Why does Instagram resonate with potential customers? A photo can say more about a business than words. "People process photos faster," says Jesse Redniss, chief strategy officer at Spredfast, which works with brands to build their social media presence.

"Storytelling is paramount for a business to get people to care about who they are," says Redniss. "People are always entranced with a story. It's how people become interested in a brand."

Another way to spur sales is to offer discounts. A week before Mother's Day, Las Vegas bakery Peridot Sweets sent a photo of a white Mother's Day cake with a sugary peony flower on top to its nearly 1,800 Instagram followers. The caption offered the cake for $40 — a $30 discount.

Owner Tiffany Jones says she sold seven of the cakes to people who saw the photo on Instagram. The photo also automatically posted to the company's Facebook page. She sold six more cakes to Facebook fans.

"It's visual," says Jones about Instagram. "It's perfect for what we do."