Red Lobster Goes Back Into its Shell

The struggling seafood chain plans to announce another revamped menu that removes dishes, while tacking on more dishes featuring lobster. The non-seafood dishes had been added in hopes of attracting people who don't like seafood as sales declined. 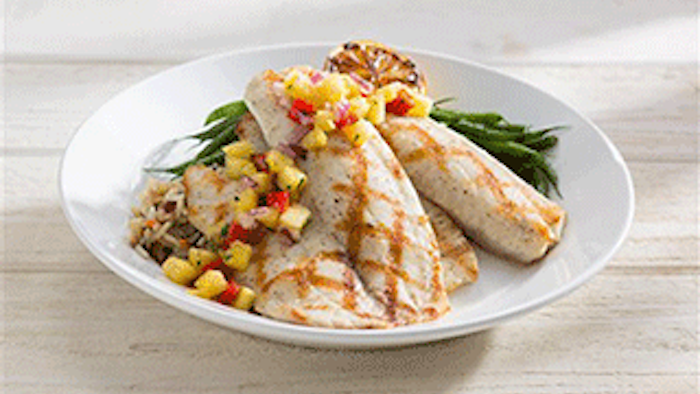 NEW YORK (AP) — It turns out people go to Red Lobster for the seafood.

The struggling chain on Monday plans to announce another revamped menu that removes dishes including Spicy Tortilla Soup and a Wood-Grilled Pork Chop, while tacking on more dishes featuring lobster. The non-seafood dishes had been added by the chain's previous owner, Darden Restaurants Inc., in hopes of attracting people who don't like seafood as sales declined.

But the new management thinks that was a mistake.

"At the end of the day, we believe that seafood is really why people come to Red Lobster," said Salli Setta, Red Lobster's president, in a phone interview.

The revamped menu is 85 percent seafood, up from 75 percent. Red Lobster says the menu will be easier to navigate and features more photos of the food. Four of the five new dishes include lobster, and it's increasing the amount of shrimp in the popular "Ultimate Feast" platter by 50 percent. The price of the dish, which also includes lobster and crab, will go up by a dollar to $26.99.

The reversal comes after Red Lobster was sold off to investment firm Golden Gate Capital by Darden this summer. Darden, which is based in Orlando, Florida, and owns Olive Garden, had failed to turn around the chain's declining sales and blamed a variety of factors such as the growing availability of shrimp at other restaurants and price-sensitive customers.

For its last fiscal year, Darden had said Red Lobster's sales declined 6 percent at established locations, following a 2.2 percent decline the previous year. Red Lobster, which is still operating out of Darden's offices until it moves into its new home, no longer has to disclose its sales figures because it is privately held.

Whether its new menu will win back customers remains to be seen, with people increasingly heading to chains like Chipotle where they feel they can get high-quality food without paying as much.

Other changes had already been in the works.

CEO Kim Lopdrup, who is back at Red Lobster after serving as its president from 2004 to 2011, has said steep discounting like "30 shrimp for $11.99" was a mistake. The chain this summer also started changing the way it plates its dishes, with fish piled over rice instead of having foods spread out on a dish. Red Lobster says that presentation is more visually appealing, while also helping retain the food's heat.