Next-generation tests that promise to shave a few days off the time needed to tell whether E. coli, salmonella or other foodborne bacteria caused a patient's illness could reach medical laboratories as early as next year. The problem: These new tests can't detect crucial differences between different subtypes of bacteria, as current tests can. 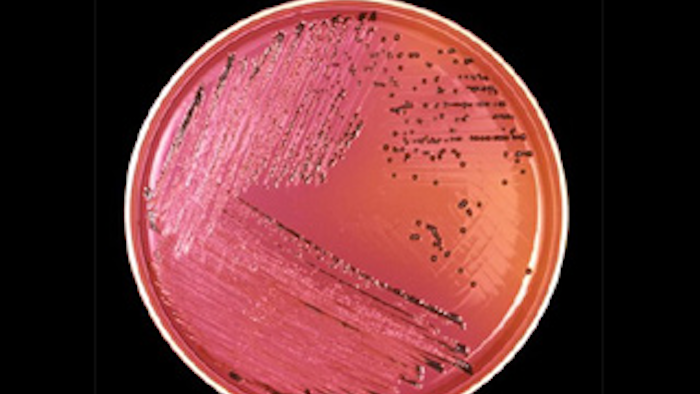 WASHINGTON (AP) — It's about to get faster and easier to diagnose food poisoning, but that progress for individual patients comes with a downside: It could hurt the nation's ability to spot and solve dangerous outbreaks.

Next-generation tests that promise to shave a few days off the time needed to tell whether E. coli, salmonella or other foodborne bacteria caused a patient's illness could reach medical laboratories as early as next year. That could allow doctors to treat sometimes deadly diseases much more quickly — an exciting development.

The problem: These new tests can't detect crucial differences between different subtypes of bacteria, as current tests can. And that fingerprint is what states and the federal government use to match sick people to a contaminated food. The older tests might be replaced by the new, more efficient ones.

"It's like a forensics lab. If somebody says a shot was fired, without the bullet you don't know where it came from," explained E. coli expert Dr. Phillip Tarr of Washington University School of Medicine in St. Louis.

The federal Centers for Disease Control and Prevention warns that losing the ability to literally take a germ's fingerprint could hamper efforts to keep food safe, and the agency is searching for solutions. According to CDC estimates, 1 in 6 Americans gets sick from foodborne illnesses each year, and 3,000 die.

"These improved tests for diagnosing patients could have the unintended consequence of reducing our ability to detect and investigate outbreaks, ultimately causing more people to become sick," said Dr. John Besser of the CDC.

That means outbreaks like the salmonella illnesses linked this fall to a variety of Trader Joe's peanut butter might not be identified that quickly — or at all.

It all comes down to what's called a bacterial culture — whether labs grow a sample of a patient's bacteria in an old-fashioned petri dish, or skip that step because the new tests don't require it.

Here's the way it works now: Someone with serious diarrhea visits the doctor, who gets a stool sample and sends it to a private testing laboratory. The lab cultures the sample, growing larger batches of any lurking bacteria to identify what's there. If disease-causing germs such as E. coli O157 or salmonella are found, they may be sent on to a public health laboratory for more sophisticated analysis to uncover their unique DNA patterns — their fingerprints.

Those fingerprints are posted to a national database, called PulseNet, that the CDC and state health officials use to look for food poisoning trends.

There are lots of garden-variety cases of salmonella every year, from runny eggs to a picnic lunch that sat out too long. But if a few people in, say, Baltimore have salmonella with the same molecular signature as some sick people in Cleveland, it's time to investigate, because scientists might be able narrow the outbreak to a particular food or company.

But culture-based testing takes time — as long as two to four days after the sample reaches the lab, which makes for a long wait if you're a sick patient.

What's in the pipeline? Tests that could detect many kinds of germs simultaneously instead of hunting one at a time — and within hours of reaching the lab — without first having to grow a culture. Those tests are expected to be approved as early as next year.

If you were the patient, "you'd want to know how you got sick," she said.

PulseNet has greatly improved the ability of regulators and the food industry to solve those mysteries since it was launched in the mid-1990s, helping to spot major outbreaks in ground beef, spinach, eggs and cantaloupe in recent years. Just this fall, PulseNet matched 42 different salmonella illnesses in 20 different states that were eventually traced to a variety of Trader Joe's peanut butter.

Food and Drug Administration officials who visited the plant where the peanut butter was made found salmonella contamination all over the facility, with several of the plant samples matching the fingerprint of the salmonella that made people sick. A New Mexico-based company, Sunland Inc., recalled hundreds of products that were shipped to large retailers all over the country, including Target, Safeway and other large grocery chains.

The source of those illnesses probably would have remained a mystery without the national database, since there weren't very many illnesses in any individual state.

To ensure that kind of crucial detective work isn't lost, the CDC is asking the medical community to send samples to labs to be cultured even when they perform a new, non-culture test.

But it's not clear who would pay for that extra step. Private labs only can perform the tests that a doctor orders, noted Dr. Jay M. Lieberman of Quest Diagnostics, one of the country's largest testing labs.

A few first-generation non-culture tests are already available. When private labs in Wisconsin use them, they frequently ship leftover samples to the state lab, which grows the bacteria itself. But as more private labs switch over after the next-generation rapid tests arrive, the Wisconsin State Laboratory of Hygiene will be hard-pressed to keep up with that extra work before it can do its main job — fingerprinting the bugs, said deputy director Dr. Dave Warshauer.

Stay tuned: Research is beginning to look for solutions that one day might allow rapid and in-depth looks at food poisoning causes in the same test.

"As molecular techniques evolve, you may be able to get the information you want from non-culture techniques," Lieberman said.