New Zealand dairy giant Fonterra pleaded guilty Thursday to four food safety violations after a botulism scare last year. The company faces a maximum fine of $426,000. The botulism scare sparked a global recall of infant formula, but turned out to be a false alarm. 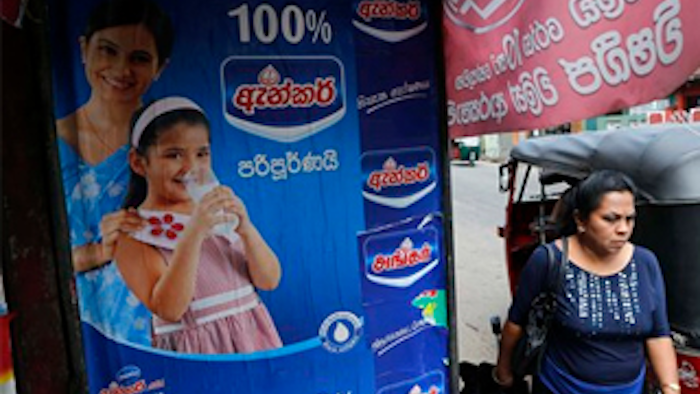 Government officials earlier in the day filed charges accusing the world's largest dairy exporter of processing and exporting products in a way that didn't meet standards and then failing to notify officials quickly enough when it became aware of the lapses.

The botulism scare sparked a global recall of infant formula, but turned out to be a false alarm. It came after the company processed whey protein concentrate in dirty pipes in one of its factories in the North Island's Waikato district.

Initial tests indicated the presence of botulism bacteria in the concentrate but later tests found it to be another, less harmful bacteria.

Leyland, who led an internal operational review following the incident, said the company was implementing procedures to try to prevent similar problems in the future.

"It was a serious event, but it was one event," Leyland said. "It comes against a backdrop of years of supplying high-quality product and high-quality food to the world."

The scare in New Zealand was treated with the urgency of a national emergency. That's because the dairy industry drives the economy and companies like Fonterra are able to command a premium in the country's biggest export market, China, because of their reputation for providing high-quality products.

Fonterra is a cooperative owned by 10,500 farmers that enjoys a near-monopoly on New Zealand milk. It has annual revenues of more than $15 billion.

The charges and guilty pleas come the week before New Zealand Prime Minister John Key is scheduled to visit China. Part of his mission there will be to try and reassure Chinese officials about the quality of New Zealand's farm products.