Chia powder lovers: Beware! The Centers for Disease Control and Prevention says several recalled brands of chia powder, made from ground dried chia seeds and often added to smoothies and other foods for its health benefits, has been linked to salmonella illnesses. 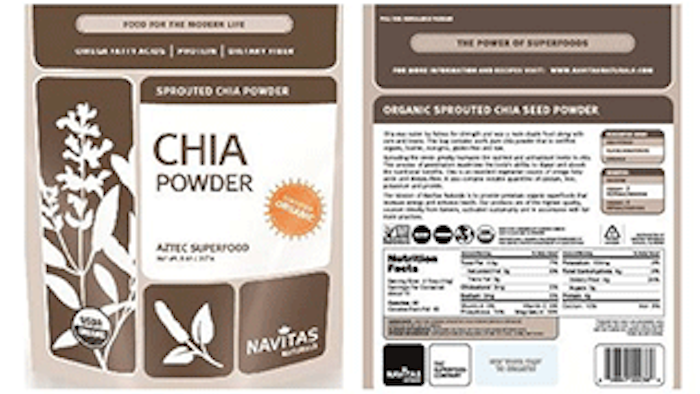 WASHINGTON (AP) — Those who seek to make food healthier by adding chia powder should avoid several recalled brands that are linked to salmonella illnesses, the Centers for Disease Control and Prevention says.

The CDC on Friday issued a warning to consumers who may eat chia powder, made from ground dried chia seeds and often added to smoothies and other foods for its health benefits. Some of the recalled brands are Organic Traditions, Green Smoothie Girl, Navitas Naturals and Williams-Sonoma.

Twenty-one people in 12 states from New York to California were sickened with salmonella linked to the chia powder, the CDC said. Canada is investigating similar illnesses.

The CDC said chia powder can have a long shelf life, so people should check to see if they have the recalled products in their homes.

Two people have been hospitalized in the outbreak. Symptoms of salmonella include diarrhea, fever, and abdominal cramps 12 to 72 hours after infection.