As the nation inches toward the economic "fiscal cliff," anxiety is growing in farm country about an obscure tangent of the Washington political standoff that reaches into the dairy industry and, indirectly, into the household budgets of consumers who buy milk and cheese. 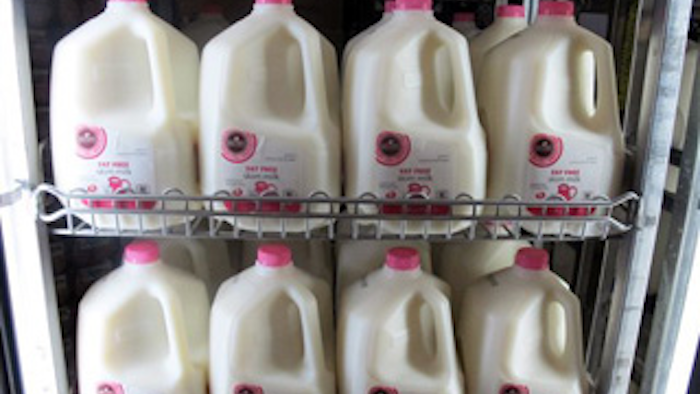 MILWAUKEE (AP) — As the nation inches toward the economic "fiscal cliff," anxiety is growing in farm country about an obscure tangent of the Washington political standoff that reaches into the dairy industry and, indirectly, into the household budgets of consumers who buy milk and cheese.

Little noticed in the struggle over major looming tax increases and spending cuts is that the outcome could also affect the farm bill, on which Congress didn't complete action this year after it expired in September. Agriculture industry leaders hope the farm legislation can be added to any final fiscal package before the end of the year. But if no fiscal agreement is reached, and the farm legislation is left adrift, farmers could face the prospect of returning to an antiquated system for pricing milk that would bring big price increases for consumers.

"It's going to come down to whether leadership tells them in enough time to get (the farm legislation) into a bill," said Chandler Goule, lobbyist for the National Farmers Union, referring to the agriculture leaders' wait on the fiscal cliff negotiations.

The problem is serious enough that industry officials are considering fallback options. The likeliest would have Congress passing an extension of current farm law, which would provide a temporary fix.

But farmers still shudder at the thought of any prospect, even remote, of reverting to an old system under which milk could surge to $6 a gallon.

The Agricultural Act of 1949 contains the basic provisions for setting milk prices. The act is superseded every time a new farm bill is passed, but if no new bill or extension is passed the old act goes back into effect.

That law includes a mechanism for guaranteeing a minimum milk price that covers producers' costs. The government guarantees to buy their milk products at that price, but producers can usually do better selling on the consumer market. But if the old mechanism were applied to current market conditions, the government price could be double the current rate, industry officials say. Farmers would sell their dairy products to the government instead of the private market and store prices would surge. Then prices might collapse as the government eventually sold its dairy stockpiles.

"If the government is going to continue to buy it and store it, eventually you're going to have an overabundance of dairy products in storage," said Karen Gefvert, a lobbyist with the Wisconsin Farm Bureau. "That will eventually be put on the market at reduced prices and you'll have this flood of inventory that would severely depress prices."

Ray Souza, a 66-year-old dairy farmer who milks about 900 cows in Turlock, Calif., worried that surging prices for American cheese would give American consumers incentive to switch to cheeses from New Zealand and Europe.

"I'm concerned this could put us out of alignment with the global market," he said.

Consumers agree that they'd be looking for alternatives if milk or cheese prices suddenly spiked.

Jim Mitchell, a 63-year-old artist from Milwaukee, said his family of four goes through at least a gallon of milk a day but might switch to soy or almond milk.

"They're usually more expensive," he said, "but if milk goes to $6 a gallon, all of a sudden they'd be affordable."

"Or we might have to buy our own cow," his wife, Melissa, joked.

Action of the farm bill this year was stalled by disagreements over the food stamp program, with some congressional conservatives calling for deep cuts. The National Milk Producers Federation and other farm groups are pressing Congress to wrap up the legislation now rather than pass a temporary extension, which would leave issues unresolved.