The Alaskan Brewing Co. is going green, but instead of looking to solar and wind energy, it has turned to a very familiar source: beer. The Juneau-based beer maker has installed a unique boiler system in order to cut its fuel costs. It purchased a $1.8 million furnace that burns the company's spent grain into steam which powers the majority of the brewery's operations. 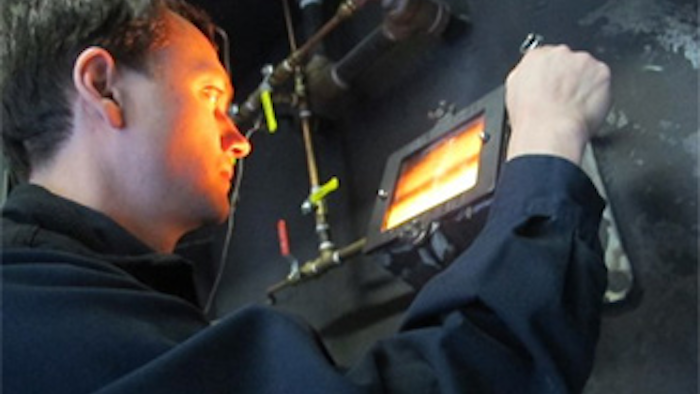 JUNEAU, Alaska (AP) — The Alaskan Brewing Co. is going green, but instead of looking to solar and wind energy, it has turned to a very familiar source: beer.

The Juneau-based beer maker has installed a unique boiler system in order to cut its fuel costs. It purchased a $1.8 million furnace that burns the company's spent grain — the waste accumulated from the brewing process — into steam which powers the majority of the brewery's operations.

What to do with spent grain was seemingly solved decades ago by breweries operating in the Lower 48. Most send the used grain, a good source of protein, to nearby farms and ranches to be used as animal feed.

But there are only 37 farms in southeast Alaska and 680 in the entire state as of 2011, and the problem of what to do with the excess spent grain — made up of the residual malt and barley — became more problematic after the brewery expanded in 1995.

The Alaskan Brewing Co. had to resort to shipping its spent grain to buyers in the Lower 48. Shipping costs for Juneau businesses are especially high because there are no roads leading in or out of the city; everything has to be flown or shipped in. However, the grain is a relatively wet byproduct of the brewing process, so it needs to be dried before it is shipped -- another heat intensive and expensive process.

"We had to be a little more innovative just so that we could do what we love to do, but do it where we're located," Alaskan Brewing co-founder Geoff Larson said.

But the company was barely turning a profit by selling its spent grain. Alaskan Brewery gets $60 for every ton of it sent to farms in the Lower 48, but it costs them $30 to ship each ton.

So four years ago, officials at the Alaskan Brewing Co. started looking at whether it could use spent grain as an in-house, renewable energy source and reduce costs at the same time.

It contracted with a North Dakota company to build the special boiler system after the project was awarded nearly $500,000 in a grant from the federal Rural Energy for America Program.

The craft brewery is expecting big savings once the system is fully operational in about a month's time. Smith estimates that the spent grain steam boiler will offset the company's yearly energy costs by 70 percent, which amounts to about $450,000 a year.

Alaskan Brewing Co. makes about 150,000 barrels of beer a year. The beer is distributed in 14 states after recent entries into the Texas, Wisconsin and Minnesota markets. It brews several varieties of beer, but is best-known for its Alaskan Amber, an alt-style beer. The company is also known for its distinctive beer labels, including featuring a polar bear on its Alaskan White Belgian-style ale.

When asked which beer's spent grain burns the best Smith joked "we're still trying to figure that out. We have our suspicions."

Smith said he hasn't been contacted by other breweries regarding implementing the project, but "absolutely" believes the system could be applied at other, bigger breweries that dry their spent grain.

Anheuser-Busch InBev, the world's largest brewer, has been repurposing its spent grain for the past century, selling it to local farmers.

Mike Beck, director of utilities support at Anheuser-Busch InBev, told The Associated Press in an email that spent grains are not currently a viable energy source for its breweries. However, Beck noted that the company regularly investigates new technologies to see if they could be applicable to its operations.

Anheuser-Busch InBev does employ bio-energy recovery systems, which turn wastewater into biogas, in most of its U.S. breweries. This provides up to 9 percent of the fuel needed in its boilers, he said.