It's St. Louis vs. Chicago for ADM HQ

Famous rival cities St. Louis and Chicago are trying to woo the new global headquarters of Archer Daniels Midland Co., an agricultural giant that has been based for decades in the central Illinois city of Decatur, roughly halfway between the two cities. 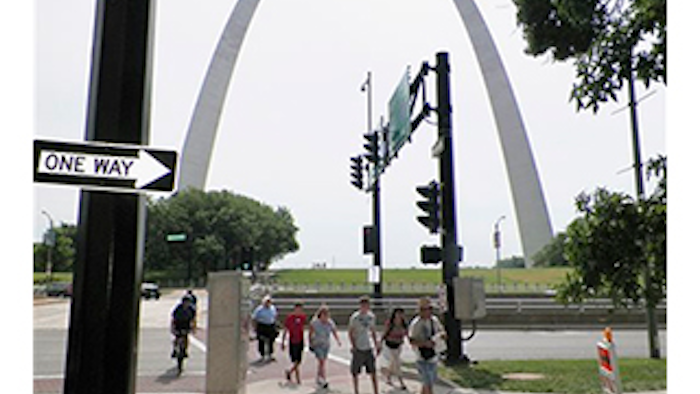 ST. LOUIS (AP) — At opposite ends of Illinois, St. Louis and Chicago have famously parried for more than a century: St. Louis snatched the 1904 Olympics even after Chicago had been named the host city, and the disdain between St. Louis Cardinals and Chicago Cubs fans fuels one of baseball's biggest rivalries.

Now the competitors are facing off on a new field of play in trying to woo the new global headquarters of Archer Daniels Midland Co., an agricultural giant that has been based for decades in the central Illinois city of Decatur, roughly halfway between the two cities. The multibillion-dollar company announced last week it needed better access to its global customers, including an international airport.

But it isn't just about the 200 executive and information technology jobs that are part of the deal. It's also about prestige and bragging rights — and no doubt tax revenue from the high-paying boardroom jobs— that come with landing a company that's among the world's biggest players in agricultural processing, ranked No. 27 on the Fortune 500 list.

Houston, Minneapolis and Indianapolis also have been mentioned as contenders, though ADM is staying mum about its selection process. Chicago has been floated as a favorite by experts, largely because it's home to the nation's second busiest international airport and behemoth businesses including McDonald's, Sears and aircraft-maker Boeing Co.

But that hasn't discouraged its old rival some 300 miles away, which is promoting itself as an agribusiness mecca that already includes the seed giant Monsanto Co.

"We've gotta have our swagger," said Katy Jamboretz, who works for the St. Louis region's economic development agency. "This would be a huge victory if we were to land a company of that stature."

If St. Louis has a sporting chance, some submit fan loyalty could play some role: Decatur is downstate Illinois, where at least as many baseball fans root for the Cardinals as the Cubs, maybe including some top ADM executives.

But he acknowledged the Windy City has "a deeper bench" of selling points.

"I don't know what kind of odds I'd give, but Chicago would be the favorite," he said. "St. Louis is mentioned so that it doesn't look like it's rigged for Chicago. But St. Louis should be flattered by the attention and use it to get others to give it a look."

ADM, which turns corn, soybeans and other crops into everything from animal feed to ethanol, has said it will keep its North American headquarters in Decatur, along with about 4,400 jobs — roughly one-sixth of its 30,000 employees worldwide.

Neither Chicago nor St. Louis is saying much about incentives they may be willing to offer, including any potential tax breaks that could be part of a deal. And it remains to be seen whether ADM's decision may be swayed by Illinois' dismal fiscal outlook — it's nearly $100 billion behind in funding its pension liability and recently hiked the corporate tax rate by 30 percent, prompting some companies to threaten to leave Illinois.

A spokesman for Chicago Mayor Rahm Emanuel, Tom Alexander, would only say: "We'll do our best to keep them in Illinois."

That's not to say St. Louis hasn't had its own struggles. Over about the past two decades, the region has lost global bases for Anheuser-Busch, McDonnell Douglas, May Department Stores, Trans World Airlines and others to mergers.

Jamboretz shrugged off those losses, pointing instead to what may be the region's biggest selling point: It's already home to Monsanto, a global leader in genetically modified crops, and Bunge North America, a diverse agribusiness and food company.

Monsanto plans a $400-million expansion of its suburban St. Louis research center, heralding that it could bring 675 new jobs to the region. And the area also boasts the Donald Danforth Plant Science Center, a 227-worker research institute that soon will undergo a $45 million upgrade, including a new building to accommodate more than 100 additional researchers.

ADM spokeswoman Victoria Podesta acknowledged that the company "is having discussions with various public officials," though she wouldn't elaborate. "We would like to do this in a low-key way," she said.

But there is no shortage of partisans who would tout their city over the competition. St. Louis fans might point out that the Cardinals have won 11 World Series since the Cubs won their last in 1908, six years after George A. Archer and John W. Daniels started their linseed-crushing business.

"I'm sure the Cubs would want to sell (ADM executives) season tickets and a luxury box, but the question is whether the company would want to buy them, with the way the Cubs have been down so much," acknowledged Al Yellon, a Chicago Cubs blogger.