Ranchers in southern Chile say that a series of lightning strikes has killed more than 60 of their dairy cows, costing the cattle owners thousands of dollars. Storms erupted on Sunday, spawning the lightning strikes in south-central Chile. 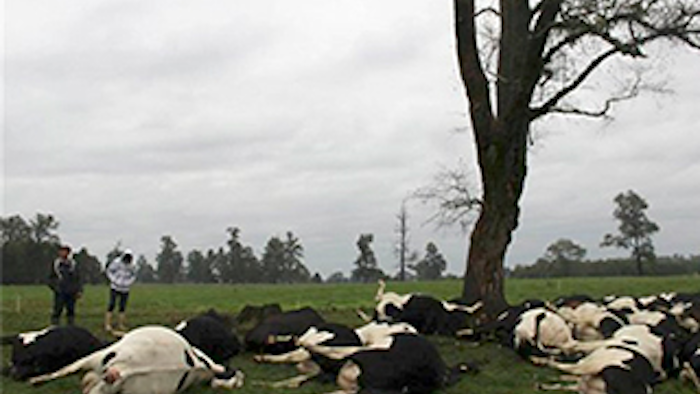 SANTIAGO, Chile (AP) — Ranchers in southern Chile say a series of lightning strikes has killed more than 60 of their dairy cows, costing the cattle owners thousands of dollars.

Storms on Sunday spawned the strikes in south-central Chile. Worst hit was a ranch in Los Rios owned by Cecil Fourt, who says 54 of his cows were killed by lightning and another one was blinded. Another rancher, Claudio Toledo, says nine of his cows sheltering under a tree were struck and killed.

The El Austral newspaper reported Tuesday that workers were digging a deep pit to bury the cattle.