Lassonade, a Quebec-based beverage company, is purchasing the U.S. juice company Apple & Eve for $150 million. The acquisition will allow the company to enter the U.S. branded juice market and derive cost savings from purchasing and distribution. 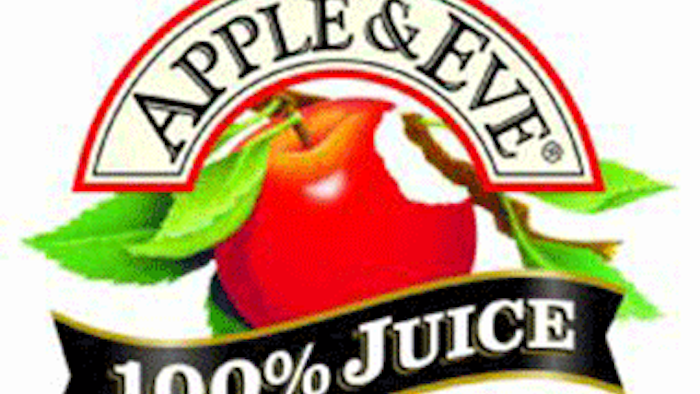 Fruit juice maker Lassonde Industries may introduce some of its popular Canadian brands to the large American market after acquiring Apple & Eve, a leading U.S. independent branded juice company for US$150 million.

The Quebec-based beverage company is already the second-largest private label supplier of fruit juice and drinks in the United States following the 2011 purchase of Clement Pappas. But the Apple & Eve acquisition will allow the company to enter the U.S. branded juice market and derive cost savings from purchasing, logistics and distribution.

"The objective first is to consolidate and improve the Apple & Even brand...but eventually it could happen that we're going to use the Apple & Eve network to introduce some of our Canadian brands in the U.S.," Lassonde president and chief operating officer Jean Gattuso he said in an interview Friday.

He wouldn't say how soon its Canadian brands — which include Allen's, Oasis, Everfresh and Rougemont — could make it to American store shelves.

"We have to do our homework in terms of consumer research and then we'll see which one of our Canadian brands can fit in the U.S."

Shares of Lassonde (TSX:LAS.A) were up $6.91 or more than six per cent at $116.77 in afternoon trading Friday on the Toronto Stock Exchange after having reached an all-time high of $121.51 in the morning.

Chairman and CEO Pierre-Paul Lassonde said in a release that entry into the U.S. branded juice business represents another milestone in the company's North American strategy.

Lassonde has followed different paths to develop its businesses on both sides of the border. In Canada, it has focused on branded products, whereas it has first sought to develop its private label business among American retailers.

The American juice market is competitive but fragmented with more than 1,000 brands. Apple & Eve is the largest privately owned supplier with a market share equivalent to Mott's at 1.5 to two per cent. Co-operative Ocean Spray leads with about eight per share, said Gattuso.

Branded products account for about 80 per cent of the US$10 billion a year U.S. fruit juice and drink market.

Apple & Eve, based in Port Washington, N.Y., has 80 employees and US$190 million in annual sales. It has no manufacturing facilities, instead relying on a network of co-packers including Clement Pappas.

The company offers more than 100 juice products sold under its flagship brand name, Apple & Eve, along with Organics, Fruitables, Quenchers, Waterfruits and Sesame Street. It also owns and markets juices under Northland, Seneca and The Switch brands.

Gattuso said the two companies have similar focus on innovation. Apple & Eve was the first to introduce juice boxes to the U.S. in 1982 and the first to launch fruit and vegetable blends in 2008.

"What has been developed is a brand with a high level of awareness and good penetration throughout the United States so I think the combination of both companies is great because their DNA is also very innovation oriented like Lassonde's," he said.

Although the two sides have known each other for about 20 years, negotiations got serious in February after Lassonde approached Apple & Eve's founding family and the private equity firm that acquired a majority stake in 2007.

Gattuso said Lassonde will "digest and integrate" Apple & Eve before considering its next acquisition.

"In the last year there have been opportunities available (but) we didn't touch them because we didn't feel it made sense for the organization."

Lassonde employs about 2,000 people in 14 plants across Canada and the United States. It earned C$44.9 million on C$1.04 billion of sales last year.