Variety is the No. 1 Reason Drinkers Choose Craft Beer 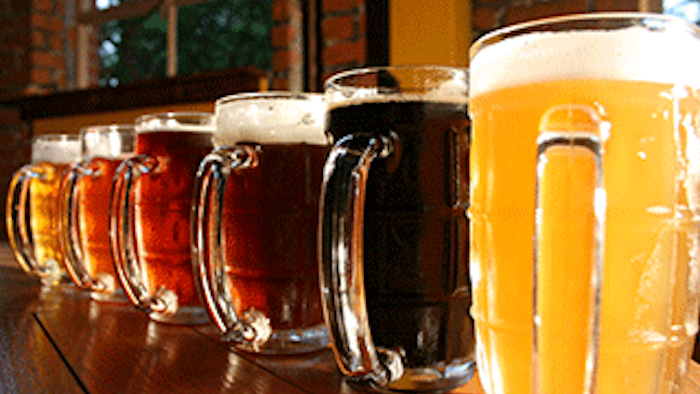 Alcoholic Beverage Consumption in the US

US beer sales have grown at a meager 1.6 percent 5-year CAGR, compared to a rate of 2.6 percent for the alcoholic beverage industry, and the category has lost 200 basis points in market share since 2006, primarily to the wine and spirits categories. The shift toward a more health-conscious consumer has weighed on beer industry sales, with wine and spirits representing an option with lower caloric volume. This trend is especially noticeable in female consumers, who are significantly more likely to consume wine, spirits or FMBs than beer. Overall, surveys indicate that the market’s heaviest consumers of alcohol, those aged 25-34, generally prefer flavored cocktails and wine over beer.

Craft Beer’s Position in the Market

Within a relatively stagnant beer market, craft beer represents a segment that has exhibited strong growth on a consistent basis. In 2013 retail sales grew an estimated 20 percent, from $11.9 billion to $14.3 billion, representing the industry’s 8th consecutive year of double-digit sales growth.

Within the craft beer Industry there is a low level of market share concentration. Of the 2,768 craft breweries operating in 2013, the 10 largest breweries represented less than 45 percent of industry sales.

The Key to Explaining the Craft Beer Explosion: Horizontal Segmentation

Historically, segmentation in the US Beer market has been perceived and presented as a hierarcy, with Sub-Premium beers such as Natural Light and Busch at the lowest price points and Imports and Craft beers at the high-end. But the two largest craft brewers in the US have been in business and relatively popular for more than 20 years, so why did it take so long for the craft beer Industry to pop?

Historical Hierarchy of Beers in the US:

Marketing guru Howard Moskowitz would contend that the biggest factor contributing to the recent popularity of craft brewers is their ability to provide the consumer with a level of choice that previously did not exist in the beer market. Over the past five years we have seen a noticeable shift in the way the US beer market is segmented.

With the strategic attention of large brewers aimed toward international growth during the late 2000’s, Craft Brewers were first to recognize and capitalize on the opportunity to roll out a wider selection of beers – leaving their large competitors scrambling to keep up. A recent Mintel survey demonstrated that “Variety” is the number 1 reason beer drinkers choose craft beer, with 41 percent of respondents indicating that factor as a primary decision-driver. The survey also revealed that beer drinkers prefer to tailor their beer purchasing decisions based on specific events, occasions and seasons. As a result, the seasonal beer segment has posted YoY growth rates between 15 percent and 26 percent during each of the last 3 years.

M&A in the Craft Beer Industry

Craft brewers are notorious for being fiercely independent; thus, less inclined to sell than the average business owner. Greg Koch, owner of Stone Brewing Co., has defiantly said “I will never sell out, there is no case to be made.” Thus, the combination of double-digit industry growth and the scarcity of sellers has yielded premium valuations for craft breweries.

However, there are still several factors driving M&A in the craft beer industry:

Perhaps the most clever acquisition strategy in the craft beer industry is that of Boston Beer Company, which has for the most part avoided the corporate raider stigma by conducting acquisitions through its Alchemy & Science subsidiary and focusing on companies with a good product and strong brand, but that are struggling due to a lack of scale.

The first half of 2014 has been an especially active period for Craft Brewer M&A, with 5 transactions either closed or announced during the period; led by AB InBev’s February announcement that it would buy Blue Point Brewing Company.

A limited amount of valuation data exists from private Craft Brewer M&A transactions over the past 5 years.From the data that is available, we have observed a Median Implied TEV/Revenue multiple of 0.74X and a Median Implied TEV/EBITDA multiple of 10.05X. PE firms that we have spoken with have expressed a willingness to pay as much as 13.0X EBITDA to acquire a Craft Brewer.