OpenTable honors our nation's longstanding love affair with barbecuing by announcing the top 30 best barbecue restaurants in America. These awards reflect the opinions of more than 5 million restaurant reviews. From Maryland to California, what beats your eats? 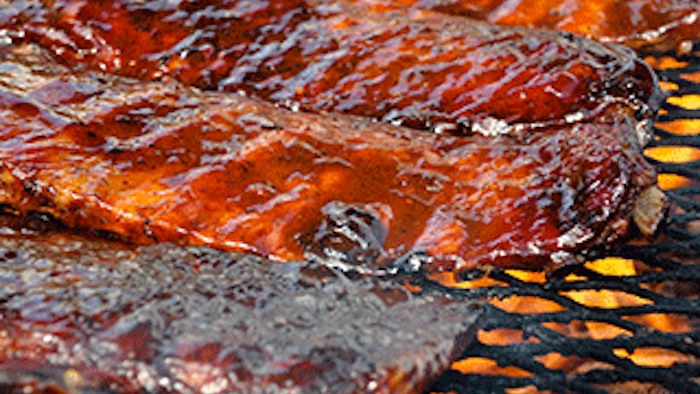 SAN FRANCISCO (PRNewswire) — In a nod to our nation's longstanding love affair with barbecuing, OpenTable (NASDAQ: OPEN), the world's leading provider of online restaurant reservations, is pleased to honor the 2014 Diners' Choice Award winners for the Top 30 Best Barbecue Restaurants in America. These awards reflect the combined opinions of more than 5 million restaurant reviews submitted by verified OpenTable diners for approximately 19,000 restaurants in all 50 states and the District of Columbia.

Showcasing regional styles and techniques, including dry rubs and wet brines, the winning eateries use a balance of nuanced spices and smoke to bring forth complex flavors in their barbecue dishes. The complete list includes notable restaurants in 12 states and Washington, D.C., such as Dinosaur Bar-B-Que in Harlem, Lambert's Downtown BBQ in Austin, and Wexler's in San Francisco. California has six award winners, followed by Illinois and New York with five each, Texas with four, and Ohio with two. Arizona, Colorado, Maryland, Oklahoma, Pennsylvania, Vermont, Washington, D.C., and Wisconsin are also represented.

"The recipients of these inaugural awards have elevated the craft of barbecue to a form of edible art," says Caroline Potter, OpenTable Chief Dining Officer. "With patience and passion, the pitmasters at each of the winning restaurants are using their expertise to transform even the most humble cut of meat into a smoky and tender fare to remember."

The 2014 Diners' Choice Awards for the Top 30 Best Barbecue Restaurants in America are generated from more than 5 million restaurant reviews collected from verified OpenTable diners between July 1, 2013, and June 30, 2014.  All restaurants listed as "barbecue" cuisine type with a minimum number of qualifying reviews were included for consideration. Qualifying restaurants were then sorted according to a score calculated from each restaurant's average rating in the food category along with a minimum "overall" rating.

Based on this methodology, the following restaurants, listed in alphabetical order, comprise the Top 30 Best Barbecue Restaurants in America according to OpenTable diners. The complete list may also be viewed here.

Diners can also read more about the Diners' Choice Awards for the Top 30 Best Barbecue Restaurants in America by visiting the OpenTable "Dining Check" blog.