Liquor Giant Diageo is expanding its commitment to purchase green natural gas in Canada for its Manitoba and Quebec locations. Purchasing green natural gas for these facilities will reduce the sites' carbon footprints by 95 percent and 80 percent, respectively. 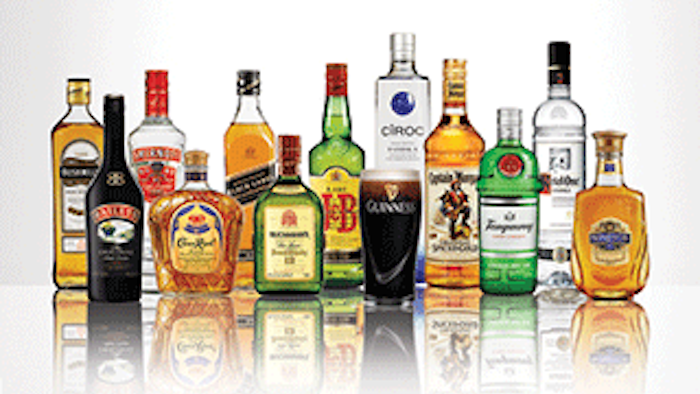 Diageo began purchasing green natural gas from Bullfrog Power for its Gimli facility in 2013. The Gimli site is Diageo North America's largest distillery and the home of Canada's iconic Crown Royal Whiskey. The Valleyfield site distills and bottles a range of other Diageo brands. Purchasing green natural gas for these facilities will reduce the sites' carbon footprints by a remarkable amount ‒ more than 95 percent and 80 percent, respectively.

Since 2007, Diageo North America has reduced its greenhouse gas emissions by more than 75 percent, despite a significant increase in production volumes.  This achievement is well ahead of the 50 percent reduction target that was set by the company for 2015.

"At Diageo, we recognize that operating sustainably is fundamental to the future of our business and integral to our growth, and we have truly ambitious aspirations for reducing carbon emissions and waste, and improving water stewardship," said Paul Gallagher, President, Supply, Diageo North America. "This decision to expand our commitment to green natural gas will further reduce Diageo's greenhouse gas emissions."

"As Canada's largest purchaser of green natural gas with Bullfrog Power, Diageo continues to prove itself as a sustainability leader," said Peter Melanson, CEO, Bullfrog Power. "By bullfrogpowering its Gimli and Valleyfield facilities with green natural gas, Diageo is reducing its environmental impact and supporting the development of new renewable energy facilities across Canada."

Diageo is recognized as a global leader in environmental sustainability. Globally, Diageo was the top beverage company in 2013 in the Carbon Disclosure Project, and scored highly in the FTSE4GOOD (top food and beverage company) and Dow Jones Sustainability indices.  As Diageo's largest region by volume and value, with a significant manufacturing footprint, Diageo North America is a significant contributor to this result.  In 2013, Diageo North America became a signatory of the Climate Declaration, which brings together companies and individuals to demonstrate support for a national strategy to tackle climate change.  For more details about Diageo's global sustainability efforts, view the company's 2013 Sustainability & Responsibility Report.

Diageo is a global company, with its products sold in more than 180 countries around the world. The company is listed on both the New York Stock Exchange (DEO) and the London Stock Exchange (DGE). For more information about Diageo, its people, brands, and performance, visit us at Diageo.com. For our global resource that promotes responsible drinking through the sharing of best practice tools, information and initiatives, visit DRINKiQ.com.