When it comes to craft beer, consumers like bold flavors. But they also place importance on what the beer may say about them. Research by Mintel shows 70 percent of drinkers think the brand of beer reflects their lifestyles and 66 percent say the style of the beer does the same. 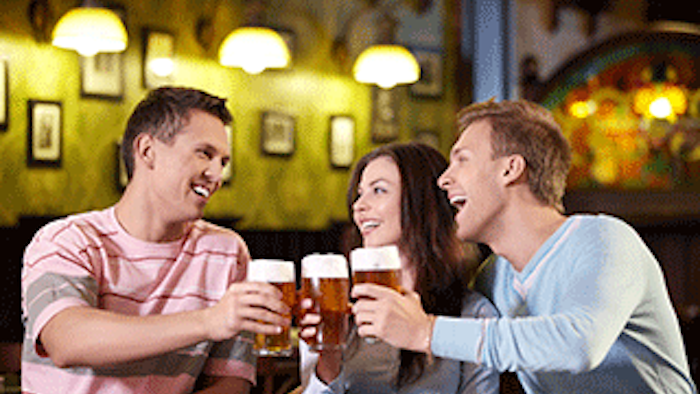 CHICAGO (PRNewswire) — New research from Mintel suggests that while craft beer drinkers may indeed love the big, bold flavors of their favorite artisanal brew, they also place a premium on what the beer says about them. Amongst the 25-34 age group, representing the segment's heaviest users, 70 percent say that the brand of beer says a lot about you and 66 percent say the style does the same. This strong sense of self has manifested itself in record sales for the craft beer industry, as Mintel estimates sales of craft beer (including craft-style offerings) will reach $20 billion in 2014, more than doubling sales of five years ago.

According to Mintel's new research, more than one in five (23 percent) respondents drink craft beer. While this is smaller than the 53 percent of consumers over the age of 22 that drink any beer, it's not far off from 30 percent of consumers who drink non-craft beer only. While craft consumption is not ubiquitous, neither is it struggling to find acceptance. Craft beer drinkers are most likely to say beer style (eg IPA, stout) is important in product selection, with 51 percent saying this is an important factor, as opposed to only 11 percent of non-craft only drinkers.  Brand does not have as strong of appeal among craft drinkers (47 percent), as compared to non-craft drinkers (56 percent).

"There is a strong sense of community in the craft beer world," says Mintel food and drink analyst Beth Bloom. "Consumers like to share knowledge with one another and are highly invested in the products that they choose. Not only that, but craft brands share exposure through collaboration, a practice almost wholly unique to the craft beer market. As such, tap rooms, bottle shops, and beer-garden-style breweries, where craft beer can be discovered, discussed, consumed on-site, and even purchased for at-home enjoyment, make for a complete, customizable experience. Craft beer is not only a beverage choice; it appears to be a lifestyle choice."

Indeed, over half (53 percent) of craft drinkers like to share their knowledge of beer with others, which has helped thrust many small brewers into the limelight, as word of mouth is often their strongest ally. To wit, some 13 percent of craft beer drinkers say they select a product that looks cool when the kind of beer they typically drink is not available and 8 percent of craft drinkers say label or packaging design is important in their purchase decision.

A few other stout statistics on tap from the report:

"The leading purchase driver among craft beer drinkers is style, pointing to a more discerning consumer base," continues Beth.  "Not only do craft drinkers consider themselves knowledgeable and adventurous, but they're eager to share this knowledge.  In that regard, the craft beer boom shares much in common with the wine renaissance over the past decade. They may not be brand loyal in the strictest sense, but they enjoy supporting local breweries and sharing in that sense of community that the smaller brewers have instilled. This presents vast opportunity for product trial and customization, which will keep the market interesting in the near future. Craft beer allows for people to express their individual sense of style while also allowing for experimentation...and that's a very exciting thing for a lot of people."