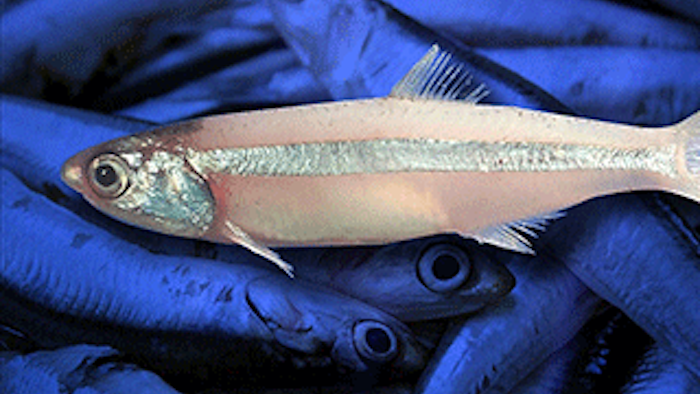 PORTLAND, Maine (AP) — The level of codfish spawning in one of the most critical fisheries in the Northeast U.S. is at an all-time low, putting more pressure on a fishery already dealing with declining catch and dramatic quota cuts.

National Marine Fisheries Service scientists say the amount of cod spawning in the Gulf of Maine is estimated to be 3 to 4 percent of its target level. That number declined from 13 to 18 percent three years ago.

Low levels of reproduction in the fishery are holding repopulation back, scientists say. They are investigating what might be driving down the numbers of cod but believe temperature change — which they have also linked to a declining Northern shrimp stock and northern migration of herring — may be one factor.

The Gulf of Maine, along with Georges Bank, is one of two key areas where East Coast fishermen search for cod, a vital commercial fish in New England that appears in supermarkets and roadside fish-and-chip shops.

An updated assessment of the Gulf of Maine cod shows the fish spawning at levels lower than seen in data stretching back to the 1930s, scientists say. Records of cod catches dating back to the 19th century indicate the population has never dipped this low before, said Russ Brown, deputy science and research director at the Northeast Fisheries Science Center.

"The analysis really presents a grim picture for the recovery of the stock," Brown said. "Every indicator of the stock condition has declined or worsened between 2011 and 2013."

Before the 2013-14 fishing season, federal regulators cut the Gulf of Maine cod harvest quota by 77 percent, to 1,550 metric tons, in the hopes of spurring growth in the fishery, and that's still in effect.

The federal New England Fishery Management Council is working on new management measures for the species, including a potential new quota for the 2015-16 fishing season that begins May 1. A recommendation could come in November, a spokeswoman said.

The number of fish surviving their first year has also dipped since 2009, a spokeswoman for the council said.

New England's cod fishermen, who typically also catch other groundfish such as haddock and pollock, are "kind of getting used to bad news," said Ben Martens, executive director of the Maine Coast Fishermen's Association. However, he said, some preliminary signs in the current fishing year are positive. Cod catches for sale at the Portland Fish Exchange, Maine's largest fish auction, are up 50 percent from last year, he said.

Maggie Raymond, executive director of the Associated Fisheries of Maine and the owner of two Boston-based groundfish boats, said the availability of Icelandic and Alaskan cod could avert a price spike at markets. However, deeper quotas and poor spawning could make New England cod more of a rarity, she said.

"I'm sure there's going to be less New England cod available to the consumer in this region," he said.