November was a good month for women and recent veterans who sought jobs. Recent veterans who served in Iraq or Afghanistan made even bigger strides. The unemployment rate for that group dropped to 5.7 percent from 7.2 percent in October. 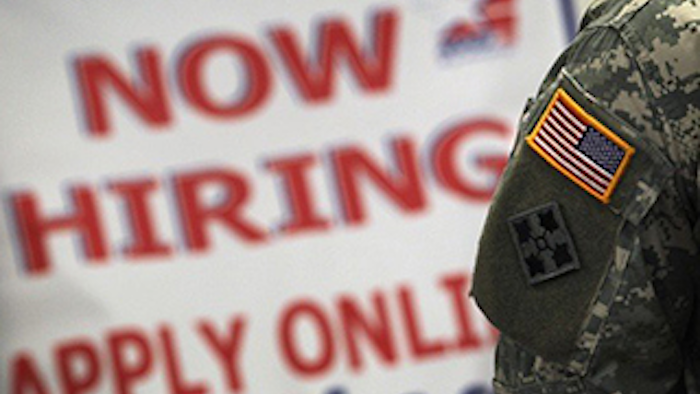 Washington — November was a good month for women and recent veterans who sought jobs.

The unemployment rate for women reached 5.3 percent last month. The figure, matching the level for June this year, is the lowest since 2008.

Recent veterans who served in Iraq or Afghanistan made even bigger strides. The unemployment rate for that group dropped to 5.7 percent from 7.2 percent in October.

Overall, the U.S. economy enjoyed a burst of hiring in November that added 321,000 jobs — the most in nearly three years. The unemployment rate remained 5.8 percent, the lowest level since July 2008.

The gains for women and veterans came from a separate survey of households that is part of the Labor Department's monthly jobs data.

The unemployment rate rose for men and for older workers. It fell for teenagers and high school graduates.