Photo of the Day: 120 Metric Tons of Fish Found Dead in Philippines

The Philippines Bureau of Fisheries and Aquatic Resources estimated around 120 metric tons of fish last week were found dead in cages, which the bureau suspected was caused by the upsurge of sulfur content presumably from the active Taal volcano. 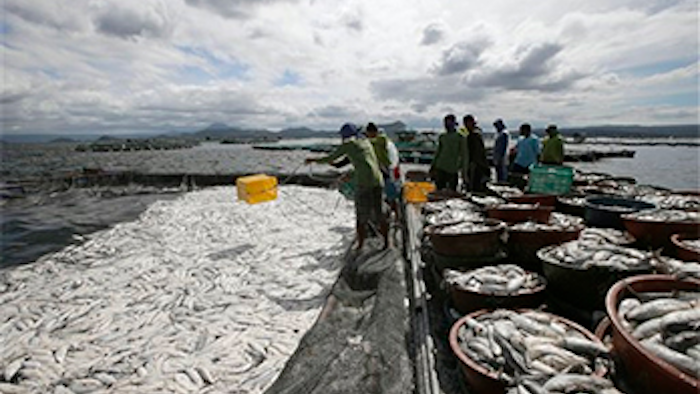 The government's Bureau of Fisheries and Aquatic Resources estimated around 120 metric tons of fish were found dead in cages, which they suspected was caused by the upsurge of sulfur content presumably from the active Taal volcano. (AP Photo/Bullit Marquez)